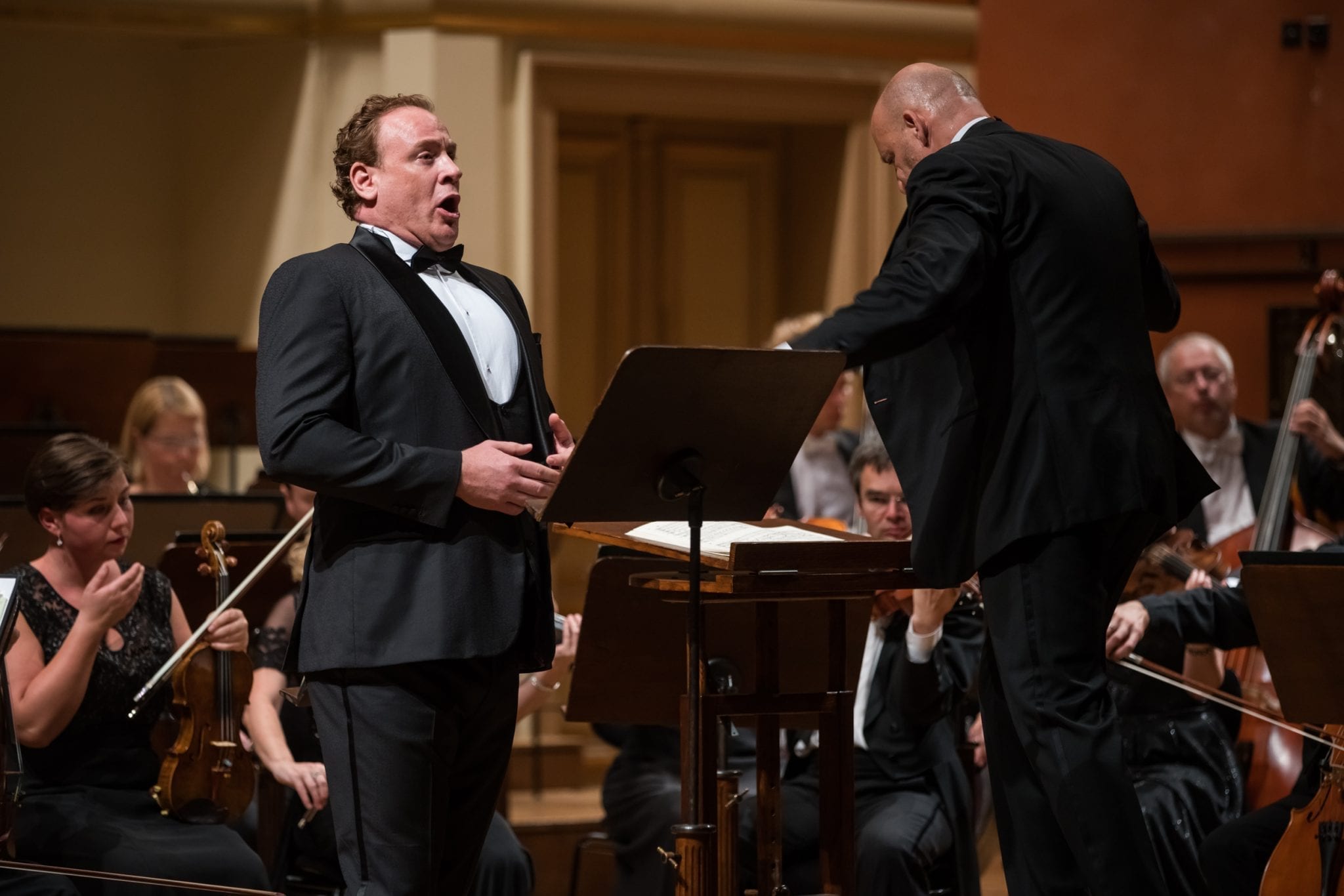 Lucas’ much-anticipated Mahler debut took place with the Prague Philharmonia and renowned conductor Emmanuel Villaume at the Dvořák Hall of the Rudolfinum in Prague, performing Kindertotenelieder (Songs on the Death of Children). This marked his second performance with the celebrated orchestra, after the previous season’s performance of Brahms’ Requiem.

It sounded like he had been at it for years. A warm singer with faultless diction and a dark-hued timbre, he seemed constantly on the verge of tears without ever breaking down. In the few melodic moments, a rich Romantic voice would emerge, making it clear why Meachem is currently in demand at the Metropolitan Opera, Semperoper Dresden and other major houses. Otherwise, he was a study in melancholy, caressing memories, biting off bitter turns of fate, singing as if the world hung in the balance on every note. Certainly, his world did.”