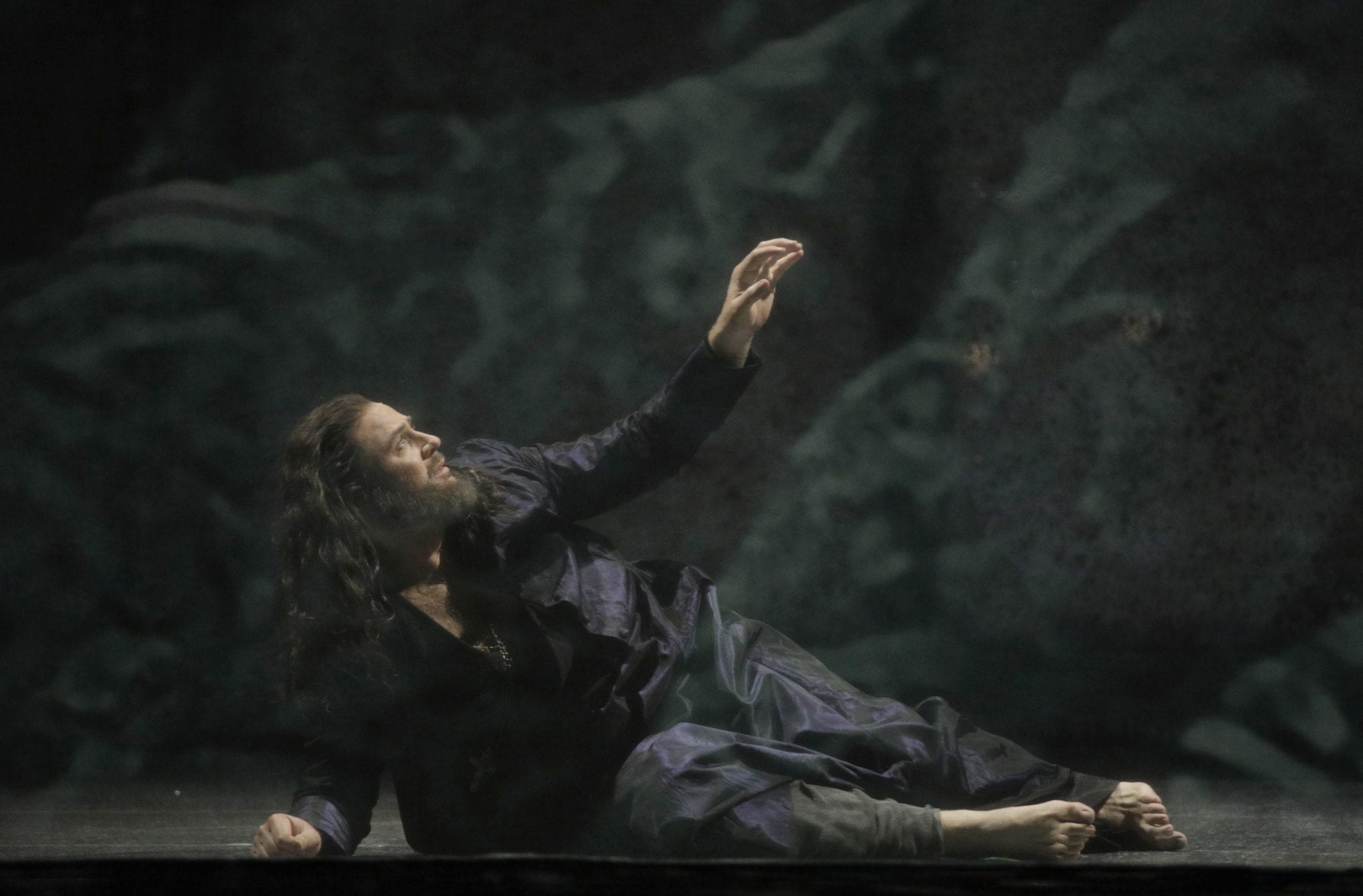 Grammy® Award-winning baritone Lucas Meachem, one of the most accomplished, in-demand singers of the moment, continues to captivate audiences worldwide with his “earnest, appealing baritone” (The New York Times). The “rock star of opera” (Opera Pulse) begins his 2022/23 season with performances as the title role in Don Giovanni at Ravinia Festival, Escamillo in Carmen with Canadian Opera Company and Opéra national de Paris, Marcello in La Bohème with Bayerische Staatsoper, and Count Almaviva in Le Nozze di Figaro with Los Angeles Opera. Rounding out the season with a return to Sharpless in Madama Butterfly at San Francisco Opera, other highlights include Guglielmo in Così fan tutte at Dallas Opera, and guest soloist appearances with Atlanta Symphony Orchestra, Classical Tahoe, and San Francisco Opera.

Celebrated by Opera News as a “masterful musician” with an “instrument of striking finish, smooth and solid throughout its range,” Meachem’s recent performances include Sharpless in Madama Butterfly at Royal Opera House, Marcello in La Bohème at the Metropolitan Opera, and the title role in Nabucco at Oper im Steinbruch. Additionally, Meachem’s Teatro alla Scala debut in Massenet’s Thaïs was acclaimed as the “most impressive performance of the evening” (Opera Online), with his portrayal of Athanaël, alongside Marina Rebeka’s Thaïs, described as “Possibly one of the great duos experienced at La Scala in recent decades” (Beckmesser).

When Covid struck and performances were canceled abruptly, Meachem was one of the first classical musicians to live stream a recital from the opera stage, just days after lockdown on March 23, 2020. In a recent profile with Opera News, Meachem revealed that, in March 2020, he felt at loose ends. With debut performances of Rodrigo in Don Carlos at Dallas Opera indefinitely postponed, he and his wife, pianist Irina Meachem, arranged a live-streamed program from the Winspear Opera House. The concert, recorded on smartphones with just two other people in the room, amassed more than 25,000 views on Instagram and Facebook, setting the standard for digital performances over the pandemic. While theaters were dark, Meachem continued to perform on the physical and digital stage, singing his “signature role for good reason” (Opera News) as Figaro in San Francisco Opera’s Il Barbiere di Siviglia for an innovative “drive-in” experience. Meachem then filmed a movie version of Pagliacci as the romantic lead Silvio with the Lyric Opera of Chicago, set within their own opera house.

Lucas Meachem’s Marcello is one of the best in the business. His voice is resounding, huge, but warm.

A regular performer across Europe, Meachem has performed the title role in Il barbiere di Siviglia with the Vienna Staatsoper, Royal Opera House, and Den Norske Opera; the title role in Don Giovanni at Glyndebourne Festival and Semperoper Dresden; the title role in Britten’s Billy Budd at Opéra national de Paris; as Count Almaviva in Le nozze di Figaro at Bayerische Staatsoper in Munich and Royal Opera House; Wolfram von Eschenbach in Tannhäuser at the Saito Kinen Festival in Japan under the baton of Seiji Ozawa; the title role in Eugene Onegin with Komische Oper Berlin and Opéra national de Montpellier; Zurga in Les pêcheurs de perles at Bilbao Opera; Escamillo in Carmen with Teatro Regio di Torino; and with the Teatro Real de Madrid in the world premiere of El Viaje a Simorgh, Frank/Fritz in Die Tote Stadt, as well as Oreste in Iphigénie en Tauride.

Meachem’s first solo album, Shall We Gather, released in September 2021 under Rubicon Records and featuring his wife, Irina Meachem, at the piano, was praised by BBC Music Magazine as having “vibrant and committed performances,” with Meachem delivering “a heartbreakingly beautiful performance.” According to The New Yorker, the album of American songs is “a plea for togetherness in a divided country. Meachem’s voice—a substantial and propulsive lyric baritone with pillowy edges—records beautifully.”

In July 2020, the Meachems founded Perfect Day Music Foundation (PDMF). The foundation aims to represent inclusivity and diversity of people today by using classical music as a relevant medium to address current issues through a traditional art form. The Foundation’s annual competition, which utilizes social media in its application process to raise awareness for new compositions,  centers around a yearly theme that highlights an important demographic of classical music.

Born in North Carolina, Lucas Meachem studied music at Appalachian State University, the Eastman School of Music, and Yale University before becoming an Adler Fellow with the San Francisco Opera.

“‘You work…for years and years to learn vocal projection, diction, stagecraft, stage fighting, how to kiss onstage,’” Meachem says. “‘It’s what you need in order to get onstage and forget it all and be in the moment. The audience can smell a fake. They can tell if you’re doing too much or doing too little. I try for the sweet spot—I call it ‘the Goldilocks zone.’ I’m not saying I’ve found it, but I’m always striving to be the best version of myself.’”