The Ghosts of Versailles. 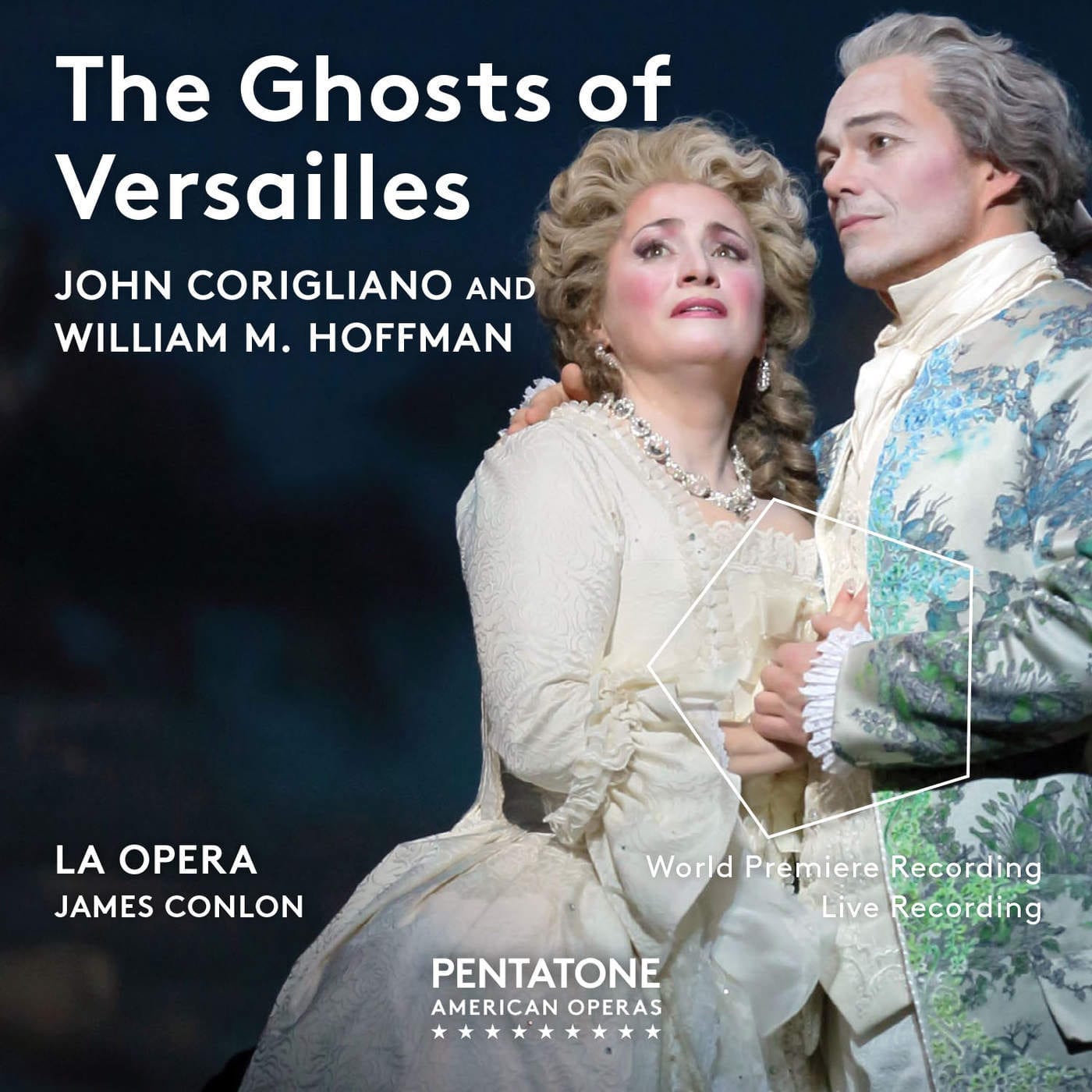 American composer John Corigliano set Beaumarchais’ final chapter of the Figaro trilogy to an exciting score full of unforgettable characters and vivid drama. This recording by the Los Angeles Opera won the Grammy Award for Best Opera Recording the year it was released, as well as Best Producer – Classical (Blanton Alspaugh) and Best Engineered Album-Classical. Conducted by James Conlon, Lucas Meachem stars as Figaro alongside a large cast of formidable singers such as Patricia Racette, Christopher Maltman, and Patti LuPone.

When Lucas Meachem shows up as Figaro, the entire company in hot pursuit (“Oh, no. Here we go again!”), he’s like an old friend. Meachem’s charisma enables him to engage us with Figaro’s opening aria, a middle-aged man’s version of “Largo al factotum” that starts out almost maddeningly slowly but then picks up.

Lucas Meacham sang Figaro’s Rossini-meets-Gilbert-and-Sullivan introductory aria with diction about as clear as the rapid patter will permit.

The baritone Lucas Meachem is a lively Figaro.

Beaumarchais’ characters in the opera within the opera, led by Lucas Meachem as Figaro, were similarly outstanding. Figaro’s aria “They wish they could kill me” was a highlight of the performance. Meachem was amiable as the lovable valet and his baritone was imposing, even stentorian.

Lucas Meachem is excellent too as Figaro, relishing the words and getting well round Corigliano’s equivalent of Largo al factotum.

As Figaro, Lucas Meachem turns in a fleet performance, droll and amusing in the first act but revealing more nuanced depths in his character as the dark second unfolds.