A Collection of American Art Songs Celebrating Resilience and Togetherness.

“There is much to enjoy in Lucas Meachem’s first solo album, ‘Shall We Gather,’ a plea for togetherness in a divided country. Meachem’s voice—a substantial and propulsive lyric baritone with pillowy edges—records beautifully.” The New Yorker

All Proceeds to Benefit the Meachem’s Perfect Day Music Foundation

With these songs, I hope to offer a bit of hope for what truly makes us come together: our belief in the good of humanity and love for our neighbor.

“There is much to enjoy in Lucas Meachem’s first solo album, ‘Shall We Gather,’ a plea for togetherness in a divided country. Meachem’s voice—a substantial and propulsive lyric baritone with pillowy edges—records beautifully.”

All of the proceeds from Shall We Gather will go to the Meachems’ Perfect Day Music Foundation, a non-profit promoting diversity in classical music, to fund projects such as the Perfect Day Competition, which encourages young musicians to share through social media works by composers and poets who have been historically excluded.

“We gather to assert what unites us. In most of the songs presented here, observations about Americanness are implicit. Each lifts a particular moment, a facet of our collective character, highlighting our aspirations to resilience, care, humor, strength, justice, and so forth, the many qualities and beliefs that tie us together. That sentiment is made explicit by the first song on the album, Gene Scheer’s American Anthem. It asserts that what connects us as Americans is not some innate, unquestionable exceptionalism. Instead, we are gathered by a constant striving toward a more just and equal society, pursued through actions large and small. It is a gathering whose power is derived from its hopefulness and the commitment we make to ourselves to give our all to improve ourselves. And the warm embrace of that hopefulness is perhaps enough of a balm to tie us together until we can all gather safely and uncomplicatedly again.”

Close and continue to site

His baritone is an instrument of striking finish, smooth and solid throughout its range. He is a masterful musician.

Grammy® Award-winning baritone Lucas Meachem, one of the most accomplished, in-demand singers of the moment, continues to captivate audiences worldwide with his “earnest, appealing baritone” (The New York Times). The “rock star of opera” (Opera Pulse) begins his 2022/23 season with performances as the title role in Don Giovanni at Ravinia Festival, Escamillo in Carmen with Canadian Opera Company and Marcello in La Bohème with Opéra national de Paris, and Count Almaviva in Le Nozze di Figaro with Los Angeles Opera. Rounding out the season with a return to Sharpless in Madama Butterfly at San Francisco Opera, other highlights include Guglielmo in Così fan tutte at Dallas Opera, and guest soloist appearances with Atlanta Symphony Orchestra, Classical Tahoe, and San Francisco Opera.

It’s been 14 years since the Metropolitan Opera performed Giordano’s Fedora. This exquisite opera contains some of the most stunning music from its time and I was so privileged to step in and sing De Siriex. Dwayne Croft, one of my vocal heroes, performed it last and to humbly attempt to fill in the same shoes was an honor. The role was unknown to me — I had merely one week’s notice to learn and memorize it, yet when I entered rehearsals alongside a formidable cast and director in Sir David MacVicar, the character became clear to me and I was ready. Our Met HD broadcast was a musical triumph if I do say so myself. The orchestra under Maestro Marco Armiliato was superb in capturing the rich textures of the score. Sonya Yoncheva, Piotr Beczala, and Rosa Feola were a dream to sing with. Thank you for having me, New York.

“Meachem was a solid, dignified presence as De Siriex, a character who handles a fair amount of plot exposition, singing with handsome tone.” – Opera News

“Exuberantly and resoundingly sung” | Meachem as Escamillo in Toronto

The Canadian Opera Company passionately presented Carmen with a stellar cast and production. J’Nai Bridges, Marcelo Puente, Rihab Chaieb, and Joyce El-Khoury sing this Seville tale and bring this story to musical life. Some of the fantastic reviews of Lucas’ performance are:

“And whoever stuck to their guns in casting Lucas Meachem as Escamillo needs a raise – every gesture, every rattle of his robust baritone seems to say, ‘I’m here for a good time, not a long time.'”

The Globe and Mail

“The flamboyant Escamillo, aptly played by American baritone Lucas Meachem, made an Elvis-like grand entrance surrounded by paparazzi in Act II. Meachem is a vocal powerhouse, and … drew roaring laughters with his every appearance. The opening of Act IV was a boisterous affair with Escamillo, along with vendors, picadors, toreros and banderillos parading down the aisles of the theatre while interacting with the audience. This was a truly fun moment that the audiences clearly enjoyed.”

“The night was full of terrific performances. Lucas Meachem, whom you may recall as Marcello from the COC’s 2019 La Boheme, was the best Escamillo I’ve ever seen, singing the role really well while swaggering with all the poise of an Elvis.”

“Baritone Lucas Meacham, last heard in Toronto as Marcello in La Bohème, was a very impressive Escamillo, flooding the Four Seasons Centre with his huge, warm baritone and toreador swagger.”

Read More: “Exuberantly and resoundingly sung” | Meachem as Escamillo in Toronto or view all news →

“Meachem shines in the title role of Nabucco”

“Meachem shines in the title role of Nabucco. His ‘Dio di Giuda!’ in the fourth act was marked by emotion and vocal beauty.” – Kronen Zietung

The opening night of Nabucco at Oper Im Steinbruch was received most favorably by critics and the Austrian public. The highly anticipated night was broadcast on ORF and Lucas Meachem sang the title role of the Babylonian king.

Read More: “Meachem shines in the title role of Nabucco” or view all news →

Lucas Meachem steps in to sing Germont in La Traviata at the Bayerische Staatsoper in Munich, Germany on Sunday, July 3rd. He joins a world-class cast of Lisette Oropesa and Stephen Costello for this added performance to the Bayerische opera season. Please check the website for tickets.

Read More: Germont at Bayerische Staatsoper or view all news →

Coming this summer to the Ravinia Festival, Lucas Meachem will be singing in a stellar cast with Maestro James Conlon at the baton. For two performances, the Illinois audience will hear Rachel Willis-Sorensen, Nicole Car, Craig Colclough, and more amazing singers interpret this pinnacle of Mozart opera. For tickets, please visit the Ravinia Festival website. Performances are on August 11th and 13th, 2022. 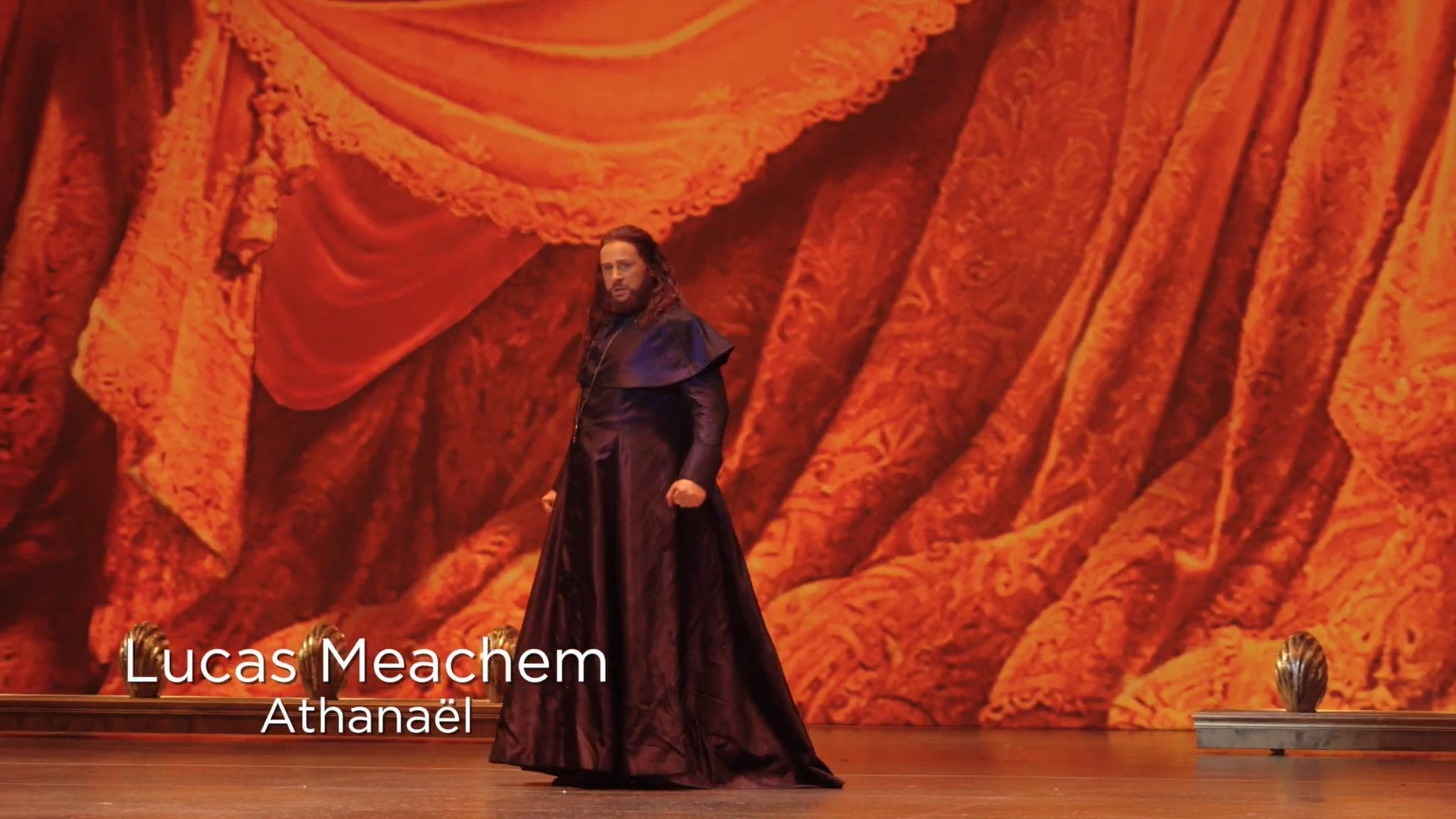 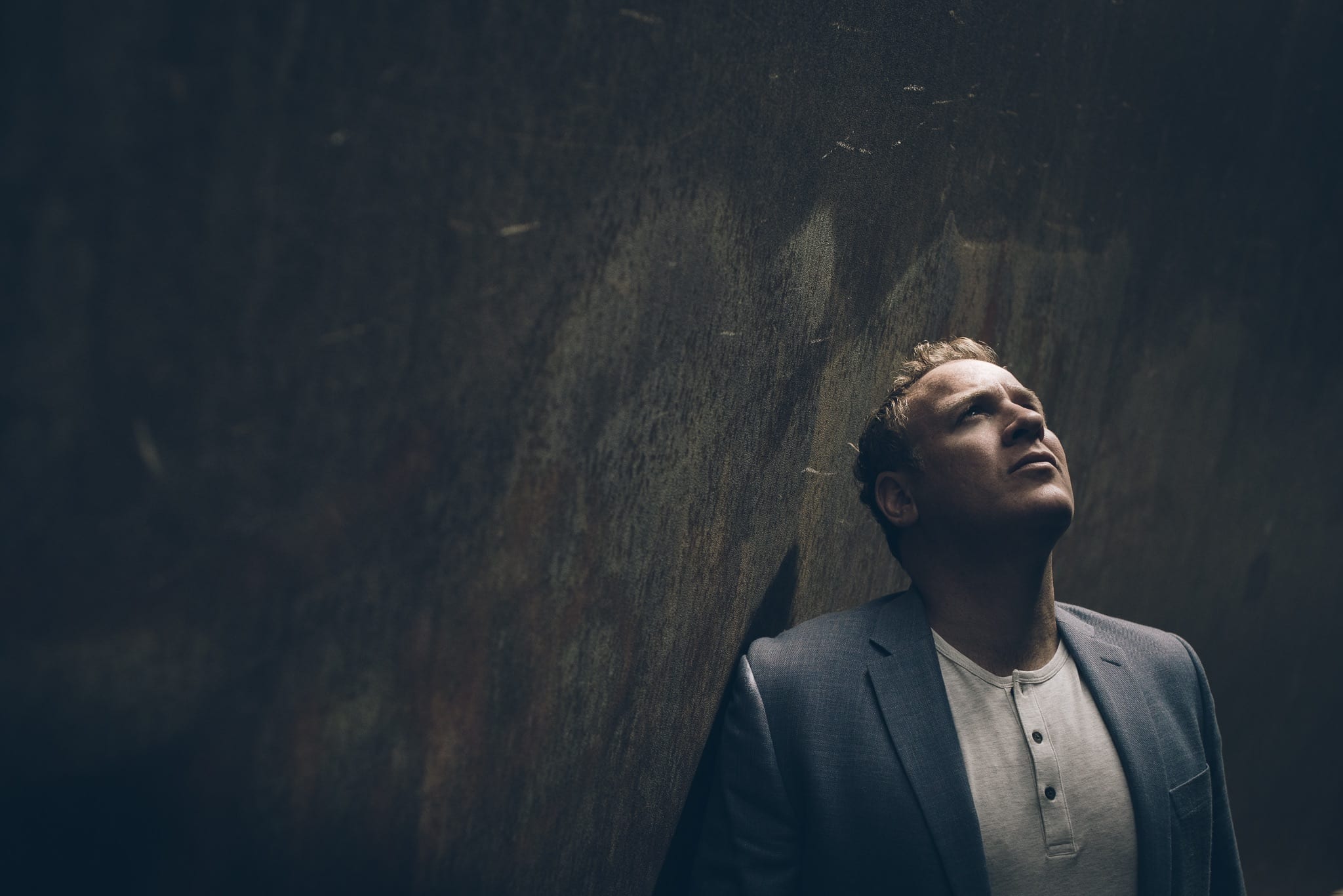