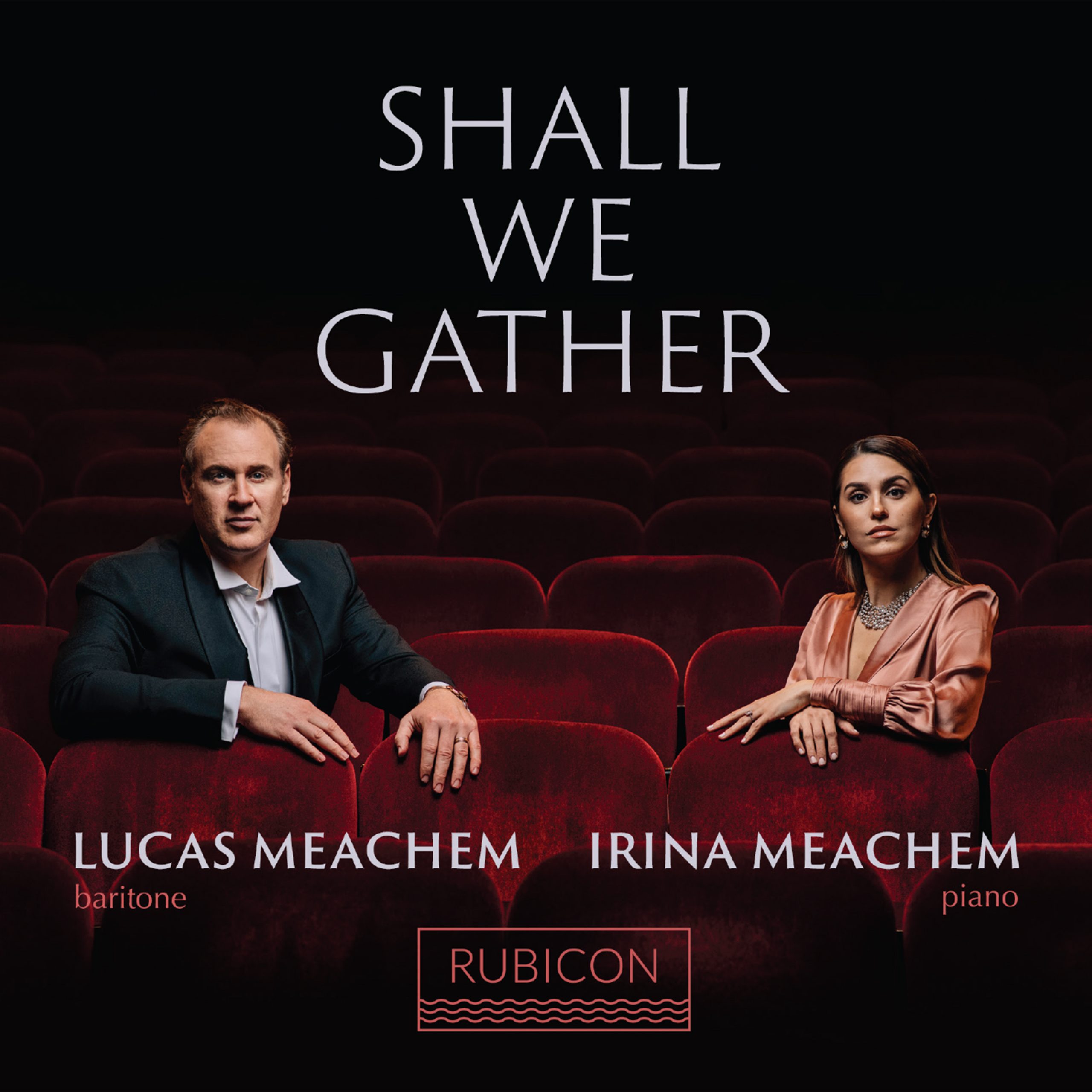 Shall We Gather responds to the darkness of the pandemic and social distancing with the simple question of its title. Through fifteen art songs by and about a broad swath of people from the United States, Lucas and Irina Meachem offer a vision of Americanness centred around the things that call on us to gather and that we gather to call upon. Those things, they say, are rooted in an act of hope in the promise of resilience that underlies our national character. By channelling the feelings of those gatherings we are missing, we can, perhaps, conjure a greater sense of togetherness, of commonality.

Shall We Gather is an emotional and heartfelt plea for a better, more tolerant world, a world that one hopes will emerge a better place after the trauma of the pandemic.

Performed with his wife, pianist Irina Meachem, Shall We Gather is an emotional and heartfelt plea for a better, more tolerant world, through 15 art songs that offer a vision of America’s truly rich national character. Lucas Meachem says,

“With these songs, I hope to offer a bit of hope for what truly makes us come together: our belief in the good of humanity and love for our neighbor.”

Works on the album include Gene Scheer’s American Anthem; “Song of the Deathless Voice” from Arthur Farwell’s Three Indian Songs; William Grant Still’s Grief; “Beat! Beat! Drums!” from Kurt Weill’s Four Walt Whitman Songs; “Litany” from John Musto’s Shadow of the Blues with text by Langston Hughes; Richard Hageman’s The Rich Man; Florence Price’s Night; “That Moment On” from Jake Heggie’s Pieces of 9/11, as we near the 20th anniversary of the attacks; Irina Meachem and Steve White’s arrangement of Carrie Jacob-Bonds’ A Perfect Day; traditional American folk song Oh, Shenandoah; Charles Ives’ arrangement of In The Mornin’; Ricky Ian Gordon’s We Will Always Walk Together; Stephen Foster’s Hard Times Come Again No More; and “The Boatman’s Dance” and “At The River” from Aaron Copland’s Old American Songs.

All of the proceeds from Shall We Gather will go to the Meachems’ Perfect Day Music Foundation, a non-profit promoting diversity in classical music, to fund projects such as the Perfect Day Competition, which encourages young musicians to share through social media works by composers and poets who have been historically excluded.

“We gather to assert what unites us. In most of the songs presented here, observations about Americanness are implicit. Each lifts a particular moment, a facet of our collective character, highlighting our aspirations to resilience, care, humor, strength, justice, and so forth, the many qualities and beliefs that tie us together. That sentiment is made explicit by the first song on the album, Gene Scheer’s American Anthem. It asserts that what connects us as Americans is not some innate, unquestionable exceptionalism. Instead, we are gathered by a constant striving toward a more just and equal society, pursued through actions large and small. It is a gathering whose power is derived from its hopefulness and the commitment we make to ourselves to give our all to improve ourselves. And the warm embrace of that hopefulness is perhaps enough of a balm to tie us together until we can all gather safely and uncomplicatedly again.”