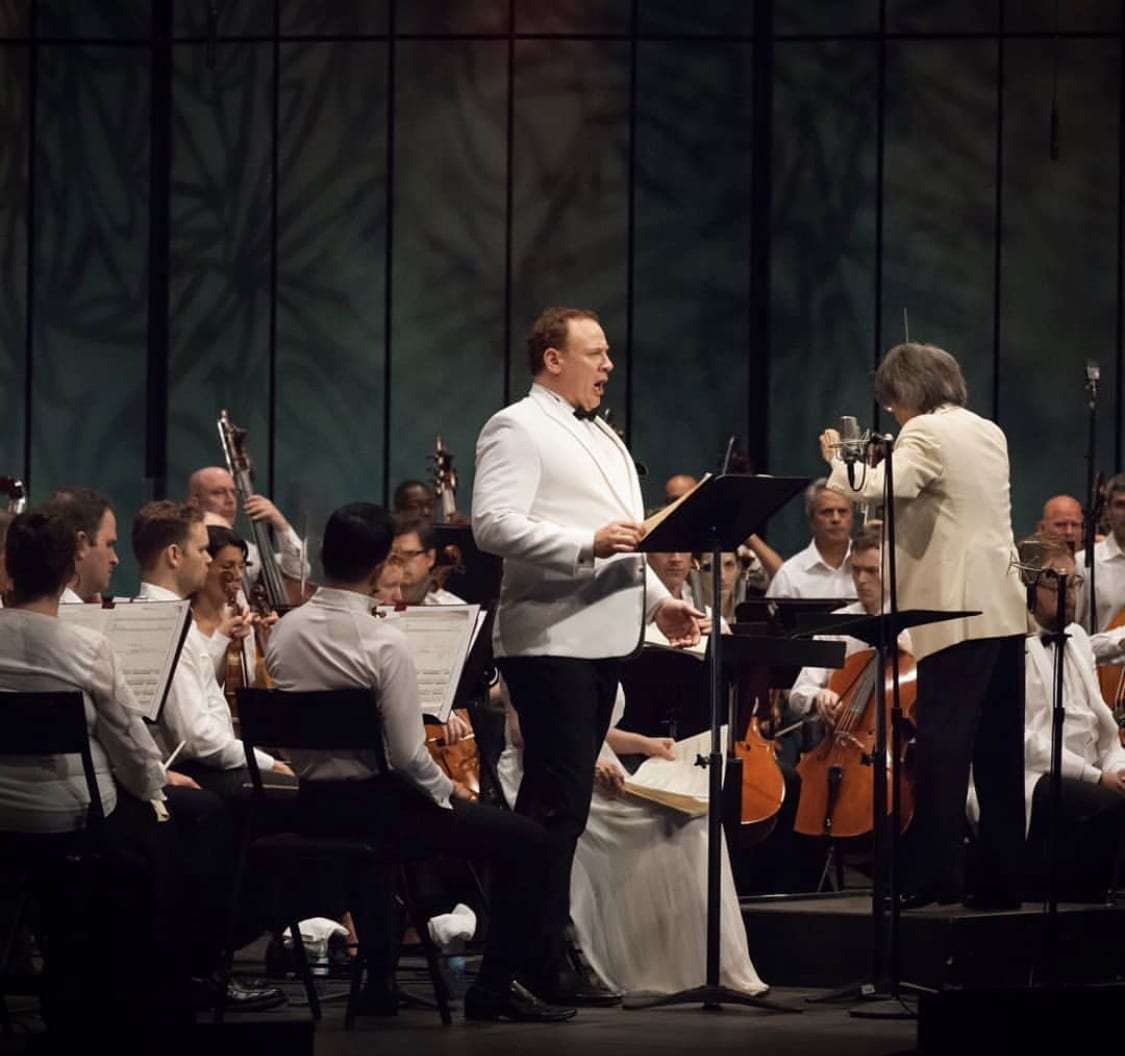 Newly-released, Leonard Bernstein’s A Quiet Place with the Orchestre symphonique de Montréal and conductor Kent Nagano features Lucas as Sam, the father of a dysfunctional family at his wife’s funeral. Considered Bernstein’s attempt at the quintessential American opera and his last final piece for the stage, it features Lucas in 3 arias.

“Though not every man can aspire to sing as Meachem does, his Sam is an Everyman, complicated in his simplicity and finally strongest when admitting his weaknesses.”

“Lucas Meachem as Sam is the opera’s heart; a performance of intense conviction that takes him from clenched, inarticulate fury to redemptive radiance.”

“Made for the role of Sam is American baritone Lucas Meachem, blessed with a warm, attractive voice.”

“Lucas Meachem’s portrayal of Sam, who struggles with the death of his wife and his children’s issues, is a highlight, as is conductor Kent Nagano’s grasp of one of Bernstein’s most varied, memorable, sparkling scores.”