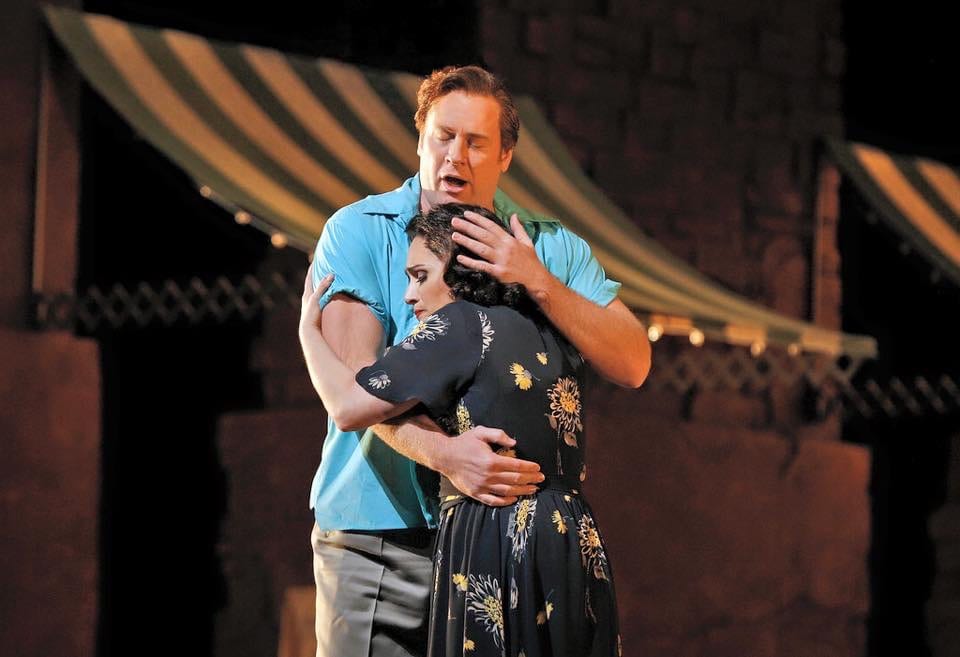 Leoncavallo’s searing drama Pagliacci features one of the cornerstone lyric baritone roles in verismo repertoire, Silvio. Lucas Meachem has previously sung this at the Metropolitan Opera for their HD Broadcast with Fabio Luisi and at the Hollywood Bowl with Gustova Dudamel and the Los Angeles Philharmonic.

Now it is time for a change of format with a filmed version, performed and filmed in the Lyric Opera House of Chicago. This semi-staged production will be available for audiences to watch in August 2021. Music Director Enrique Mazzola conducts a powerhouse cast including Russell Thomas, Ailyn Pérez, Lucas Meachem, Quinn Kelsey, and Eric Ferring with members of the Lyric Opera Orchestra and Chorus.

In Pagliacci, Canio manages a small touring company of actors. In the town where they’re about to perform, he’s enraged to discover that his wife Nedda, the company’s leading actress, has fallen in love with a handsome young man from the town, Silvio, and is planning to run away with him. Canio, the clown, laughs on the outside, but inside, he’s seething with jealousy that culminates in searing passion, riveting drama, and unforgettably thrilling music.