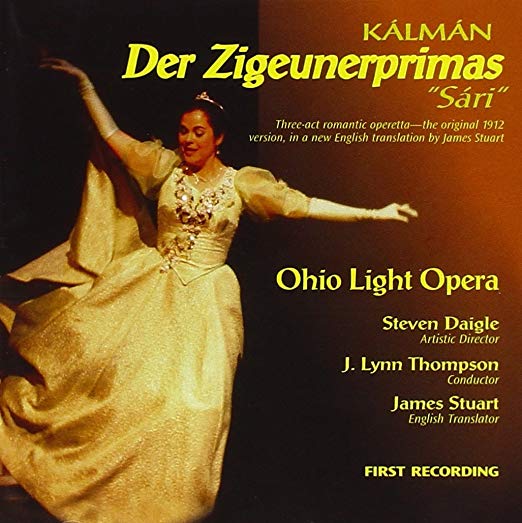 “First complete CD recording of the 1912 romantic-comic operetta (first heard in America as “SÁRI”) in a new English translation by James Stuart and recorded by John Ostendorf with the Cast, Chorus & Orchestra of the Ohio Light Opera 2001 Summer Festival”

The cast is uniformly outstanding, with baritone Lucas Meachem turning in a tour-de-force in the demanding role of Rácz, his voice resplendent and incisively clear in his monologic “Time Has Robbed Me of My Youth,” unfolding seamlessly across his registral break.