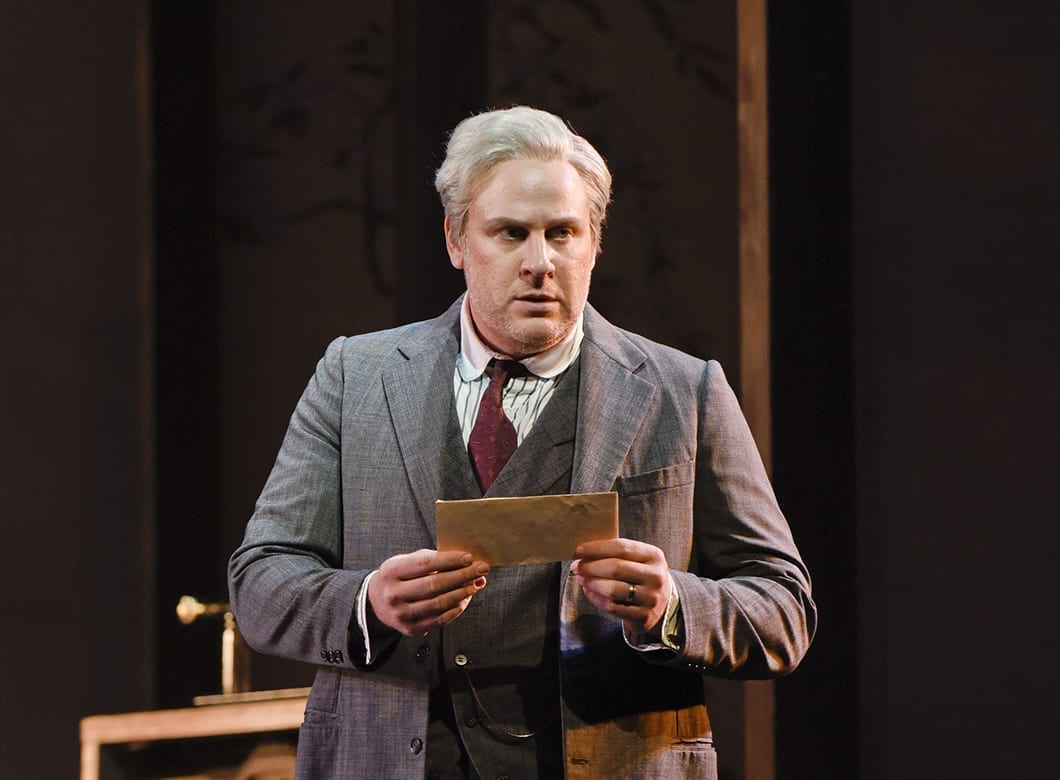 Reviews have a special place in the opera world. They inform readers about the quality of most current operatic performances. Unknowingly, reviews can teach readers about opera by showing them what to listen for, informing them about history, style, and so forth. They can educate an entire community.

Yet, behind every review is a reviewer. Their tastes are personal and inevitably biased. Most reviewers are well-versed and knowledgeable in opera, depending on how major the publication is.

As a singer, how do we circumnavigate the temptation to read reviews of our own performances? As active artists, should we even read them? And what is their role in our own career?

I got great advice from the conductor, Marco Armiliato. He said that when he stopped reading reviews, his conducting got ten times better. He focused entirely on the music itself instead of what others thought. It freed him in a way.

This was after I read a not so great review of one of my performances and generally speaking, I eagerly awaited reviews to get published whenever I did a show. His advice really hit home.

Since then, I have completely stopped reading reviews: I realized there was no longer a place for them in my music-making. I’m also lucky enough to have a publicist who sifts through them, looking for any possible pullouts for my bio, website, or press packages (there’s a way to choose and cut reviews for these purposes, but I won’t get into such semantics with this post).

When I was coming up and began to receive my first reviews it was exciting and fun. Yes, the occasional negative review would bum me out but when it was good, man it felt good!! Especially as a young singer who sought out a small amount of public acceptance.

Now, when reading reviews as a performer, it can have its challenges. As useful as reviews can be for concertgoers (see below!), we the performers can’t allow a review to usurp our own artistry. We must be proud of our work, our interpretation, and not give in to another person’s opinion.

One mistake I used to make (which wasn’t necessarily a mistake) was reading reviews and changing my performances if there was any negative criticism. For instance, if the review said that I acted too much, I would pull back in my next performance (I tell the story below). I learned over time that I was never going to please everyone and I should own my artistic decisions instead of apologizing for them.

Sometimes, though, (and it’s hard to tell) reviewers are right. If they comment negatively on your singing and you have a feeling they may have a point, privately ask your voice teacher their opinion on the matter. If he/she doesn’t hear it, let it go.

A bit of advice: some of my colleagues put off reading reviews until after they’ve completed a run of shows. This can help get rid of that lingering thought in the back of your head if you read something negative and allows you to fully focus during the performances.

In my humble opinion, the worst review that could ever be written about me (which has happened) is that I’m not even mentioned. The reviewer for whatever reason didn’t write squat about my performance after I sang my heart out. It’s a big diss and those are the ones that hurt me the most.

The point is that reviewers aren’t trying to hurt anyone—they love the art form just as much as we do. They’re simply attempting to deliver a news story and that involves putting our personal artistry under the microscope.

Also, you don’t know who reads reviews, so try not to be affected or embarrassed if it is bad.

What’s fascinating about reviews is that no two reviews are the same. You could attend one show and have two very contrasting reviews written about it. That shows how much personal taste can contribute to a review.

Reviews are a single person’s educated take on the performance, and they have the qualifications to get their opinions published. So, in the end, some reviewers may love you, some may hate you.

This is indicative of entire opera careers as a whole: there are some opera houses out there who don’t like you and you will never get hired to sing there. But other companies may love you and you will be reengaged there often. You can’t please everyone.

If you’re new to opera and deciding whether to attend a show, don’t pay much attention to any poor reviews about the show. You may have a completely different perspective than a seasoned operagoer and you may enjoy it thoroughly. Please give each show a fair chance and don’t be dissuaded from attending.

If you are yourself a seasoned opera-goer, know that a review can’t fully represent a live performance, but it can give you insight to what each particular component was like if you, for some, reason can’t attend. Since reviewers comment not only on singers but also the production, the chorus, the orchestra, the conductors, etc., there’s a lot more to experience when attending.

Personally, if I see a review that declares a certain opera can’t be missed, I’m more inclined to attend. Yet more than likely, I would have already had the interest to attend.

Don’t post a quote that praises you but bashes your colleagues.

Don’t engage with a reviewer.

Don’t complain about a bad review to your colleagues. It rarely does you any good.

Don’t vent about a bad review on your social media platforms.

Leave any negativity about reviews at the door. Instead, talk it out with a close friend who you trust.

I was singing Sharpless in John Copley’s production of Madame Butterfly and I got a directorial note to act like an aged gentleman. I went for it by pretending like I had a bum knee and I even reached for furniture to help me up. John loved it.

After opening night, I got a review (back when I read reviews) that they thought my knee injury was real and that it was so uncomfortable to watch, the staging should have been more accommodating to my physical ailment!

First off, that’s the best compliment ever. My acting was so good, they thought it was real! Yet, I got a little self-conscious. I thought, am I going too far with it? And I began to reassess my performance.

I had a private talk with the assistant director (John had gone home after opening night) and we discussed the possibility of pulling the acting back a little. The next performance, I changed it. I still don’t know if it was the right thing to do because it was just one person’s opinion. Yet in this case, I believe it improved my performance.

The Future of Reviews

Reviews are an evolving art form. They have a distinct presence in the opera world and as long as they stay true to the best interest of spreading a dialogue about current operatic performances, they’ll always be needed.

Classical music blogs have had a profound contribution to reviews in recent years, spreading the reach of opera reviews and news to many more qualified readers and writers. Instead of limiting the writing to printed press, anyone can start writing reviews and the best ones are rising to the top (OperaWire, Opera Warhorses, Parterre, Schmopera, and many more).

I Leave You With This

If I read one more review saying that I am or sing with a “robust baritone,” I might flip this table over. Needless to say, by reading reviews, you gotta take the good with the bad. Either way, you’re being written about and that’s pretty cool.

Take reviews with a grain of salt. Don’t sweat the matter. If you keep getting hired, you’re singing well and loving what you do, that’s what’s most important.

Even the best singers out there have received poor reviews at one time or another. Everyone, even Beyoncé, has been canned at some point.

So keep this in mind: if a bad review is in your past, present, or future, you’re in great company.

2 thoughts on “Are Reviews Relevant?”