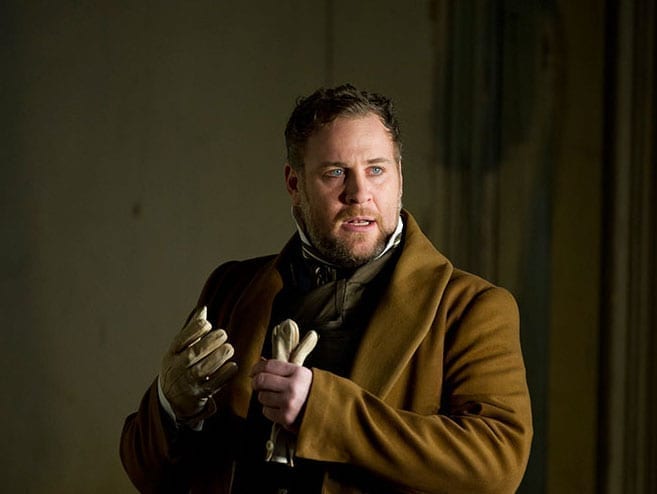 High notes are notoriously the hardest thing to sing in opera. But there’s another vocal challenge that’s almost or just as hard. That’s accessing and singing in your passaggio.

What is your passaggio you might ask? Simply put (and this is the best definition there is, without getting threatened by the vocal ped police!) it’s the transition between two vocal registers. Either between your low to middle or middle to high voice. The trickier one being from your middle to high voice.

DISCLAIMER: I understand that we as humans only have one “voice” but we do have different vocal registers.

The goal of opera is to maintain an even timbre throughout the passaggio and to make that transition as smooth as possible. We don’t want to sound like we have two different voices, so in order to achieve an even timbre we need to apply a nifty trick to help us in our hour of need.

This isn’t necessarily a “trick” but more along the lines of a “method” for navigating your passaggio.

What we singers can do to bridge the transition between our vocal registers is…use intelligently lazy diction.

Every unvoiced consonant has a voiced equivalent counterpart. For instance, P and B, T and D, F and V, and so on.

Voiced consonants actually help your resonance line since they’re already lined up with your vibrato and the cords don’t stop vibrating. Remember, when singing a voiced consonant in your passaggio, keep it light.

In other parts of your singing, you can beat those voiced and unvoiced consonants over the head, but your passaggio requires more attention to your resonance so your diction becomes less of a priority.

Some guidelines for singing with intelligently lazy diction:

Watch this video for my explanation and a vocal demonstration:

A Crutch, Not a Wheelchair

So, how are we able to get away with intelligently lazy diction in our passaggio? Distance. When we sing on a stage 40 feet from the first row, the first thing that an audience can hear is our resonance. So, if our resonance (vowel) goes out, our sound goes out.

I always say that if you have perfect diction and no one can hear you, then your perfect diction doesn’t matter. The audience won’t be able to hear a clearly pronounced line if your resonance suddenly stops.

The first goal of singing is to be heard. So, accommodating our diction when singing in our passaggio is a necessary little trick to achieve ultimate resonance.

The words “Per carità” are repeated on an E natural which is right in my passaggio. Instead of enunciating each plosive, unvoiced consonant, I relax my jaw in this section and actually voice these unvoiced consonants and sing more of a “ber – ga – di – da” and focusing on vowel, vowel, vowel.

Whether you step into the passaggio or leap into it, you can apply intelligently lazy diction. It’s either gradual or immediate but it’s there.

For a leap, the springboard note (note before the high note) should employ intelligently lazy diction and of course the following note should too, but all the text before that is not in the passaggio remains intact. For a scalar passage leading into your passaggio, keep the diction as crisp as possible until you start to enter the passaggio, then make the proper modifications.

Passaggio singing is so important when learning vocal technique because almost every single aria or song out there faces this challenge.

I began to work on my passaggio in my early 20s, yet this concept of intelligently lazy diction didn’t enter my life until I was about 25. And the thing is, I’m STILL figuring it out. Vocal concepts and techniques can take years to learn.

When trying this out for the first time in a practice room, it may feel weird. We’re taught to enunciate the text from an early stage and deliver as precise diction as possible. It’s a little counterintuitive to deliberately smear around a few consonants here or there, so be patient that first time.

Try focusing on the consistency of your vibrato in the vowels. Remove the consonants and sing phrases with just the written vowels. Reapply the consonants once you’ve achieved consistent resonance, but with varying degrees. Work with your voice teacher or record yourself to get some honest feedback.

This concept took me a long time to figure out, so just the beginning thoughts of this could potentially help you down the road of passaggio singing.

0 thoughts on “My Weird (But Effective!) Trick for Singing in Your Passaggio”