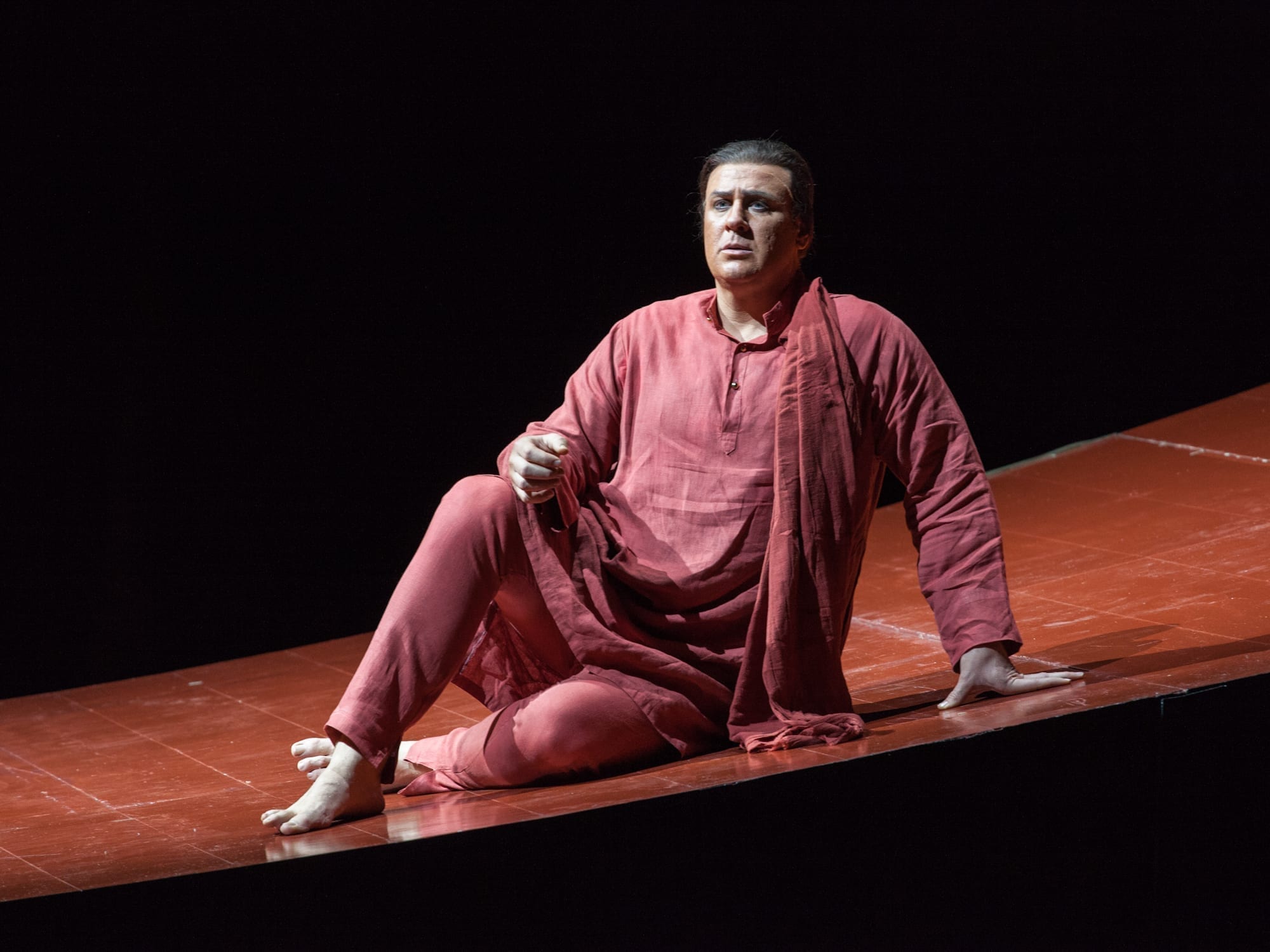 For their production of Bizet’s “Les Pecheurs de perles” at the Opera de Bilbao, Lucas stepped in for ailing colleague Mariusz Kwiecen in the role of Zurga. The four performances also included tenor Javier Camarena and soprano Maria Jose Moreno. This was Lucas’ debut at the prominent house and this second time performing the role.

Zurga was sung by the American Lucas Meachem. His starting position was completely different: he arrived on the eve of the general rehearsal replacing the announced baritone and was unknown in the square. He not only overcame these conditions and made them forget, but he triumphed. [His voice] has volume, presence, a beautiful and luminous timbre, wide register and a lot of intelligence singing. In the famous duo of the first act with Camarena, Au fond du Temple Saint, he liked and knew how to contain his volume in favor of a careful song, almost in outline, and although he has a natural tendency to teach a lot of voice, he knew how to administer it to serve the vision of Ciampa. Meachem is one more example of the excellent American singers, so prepared, who are enjoying themselves in ABAO in recent years.