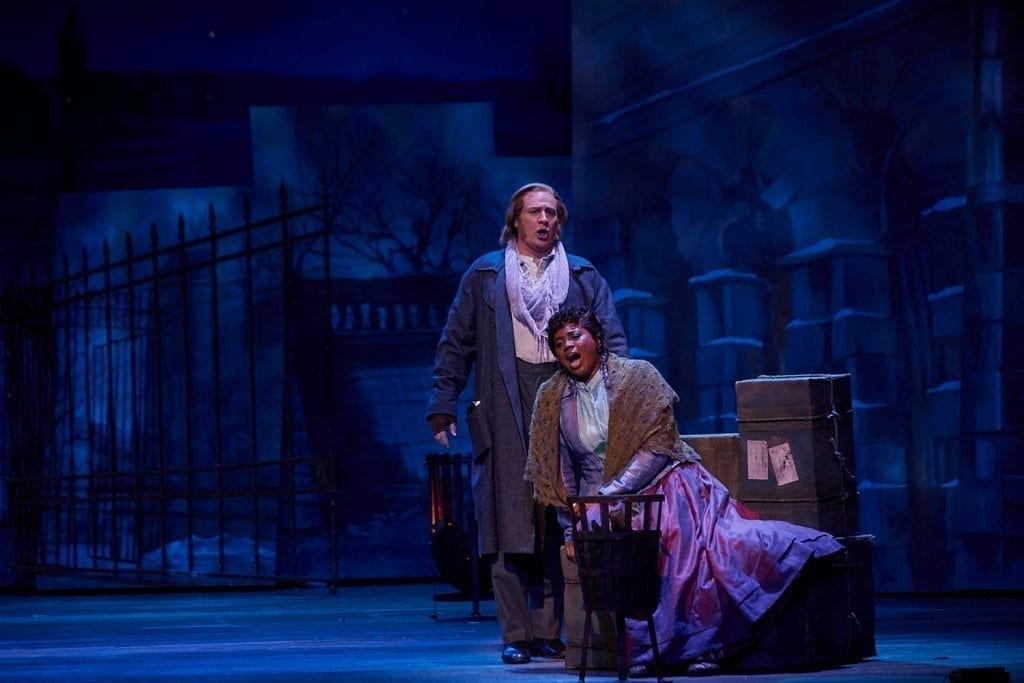 For his first time at the Canadian Opera Company, Lucas sang the role of Marcello in Puccini’s La Boheme. Joining him onstage were tenor Atalla Ayan as well as soprano Angel Blue with whom he previously sang the same role with earlier this season at the Metropolitan Opera. Andriana Chuchman and Brandon Cedel rounded out the cast and Paolo Carignani conducted.

Meachem gives us a commanding Marcello, owning the stage every time he wanted our attention with a powerful presence and a bigger voice than one often gets: although I’ve heard it said that Marcello is almost written like a Helden baritone. We had the luxury of lots of sound in our Marcello, allowing for a fascinating contrast between the two men, one commanding the other more of a real poet.

And the singing – what singing. Baritone Lucas Meachem (Marcello) bellows the first words of the opera, booming and reedy and utterly friendly. Tall, strapping and with a comforting air of Marshall from How I Met Your Mother, Meachem brings beautiful life to what can easily be a perfunctory character.