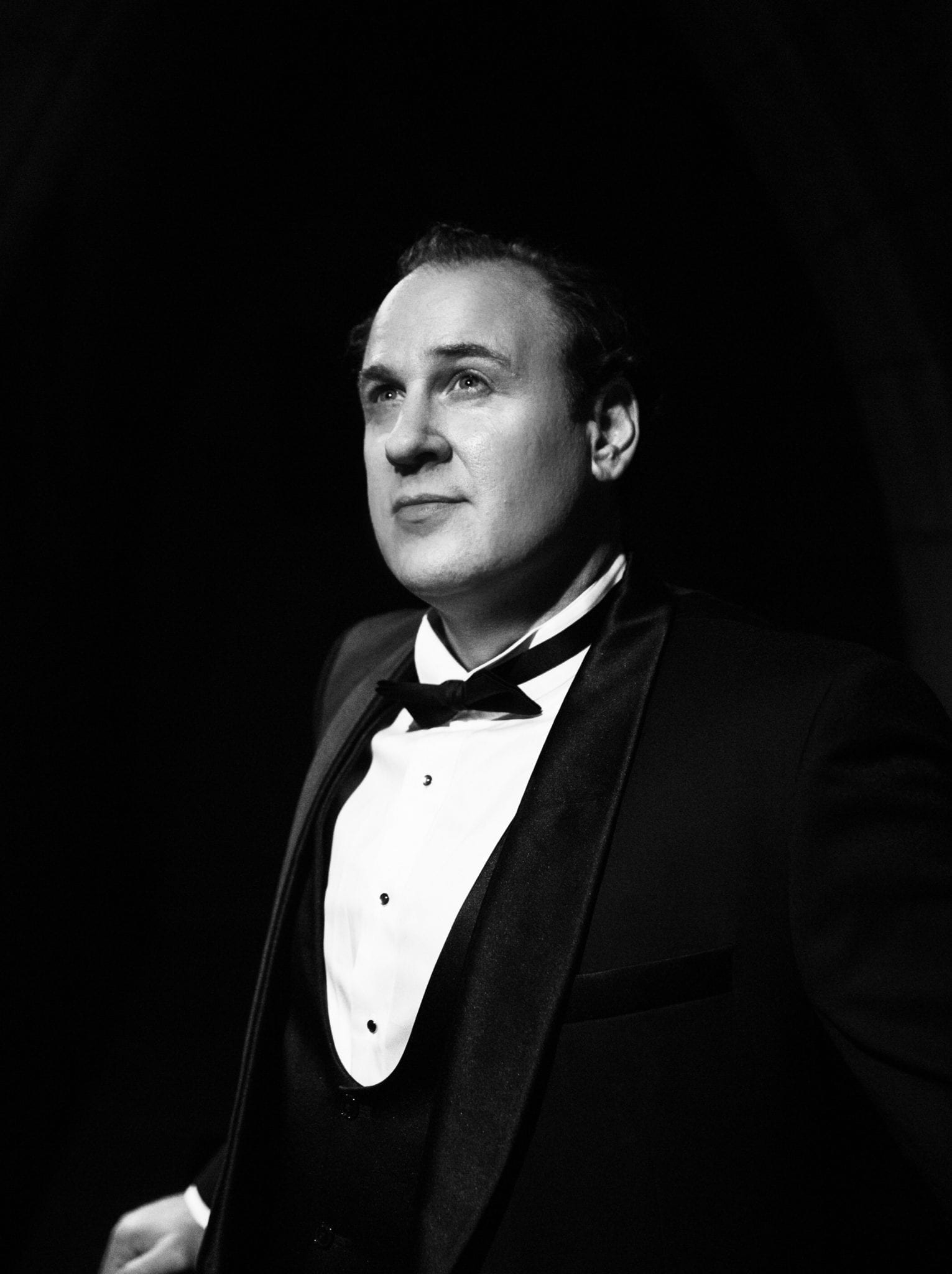 In the renowned Crypt Recital Series, held by Death of Classical, Lucas was featured alongside his wife, pianist Irina Meachem. He performed a well-tailored and diverse program in the intimate basement of a Harlem crypt. For the sold-out evening, Lucas interpreted a selection of Old American songs by Aaron Copland, operatic arias, and the song cycle by Mahler, Kindertotenlieder.

The recital was received well by critics:

One hopes for much more of him in the near future, for a baritone of his quality and charisma is hard to find.

Meachem used all the colors of his voice as he luxuriously wove the regrets of the five songs into a penetrating and affecting tapestry of hope, ably accompanied by Irina Meachem.

Wielding tremendous power from the start, Lucas Meachem’s voice flooded through the crypt.