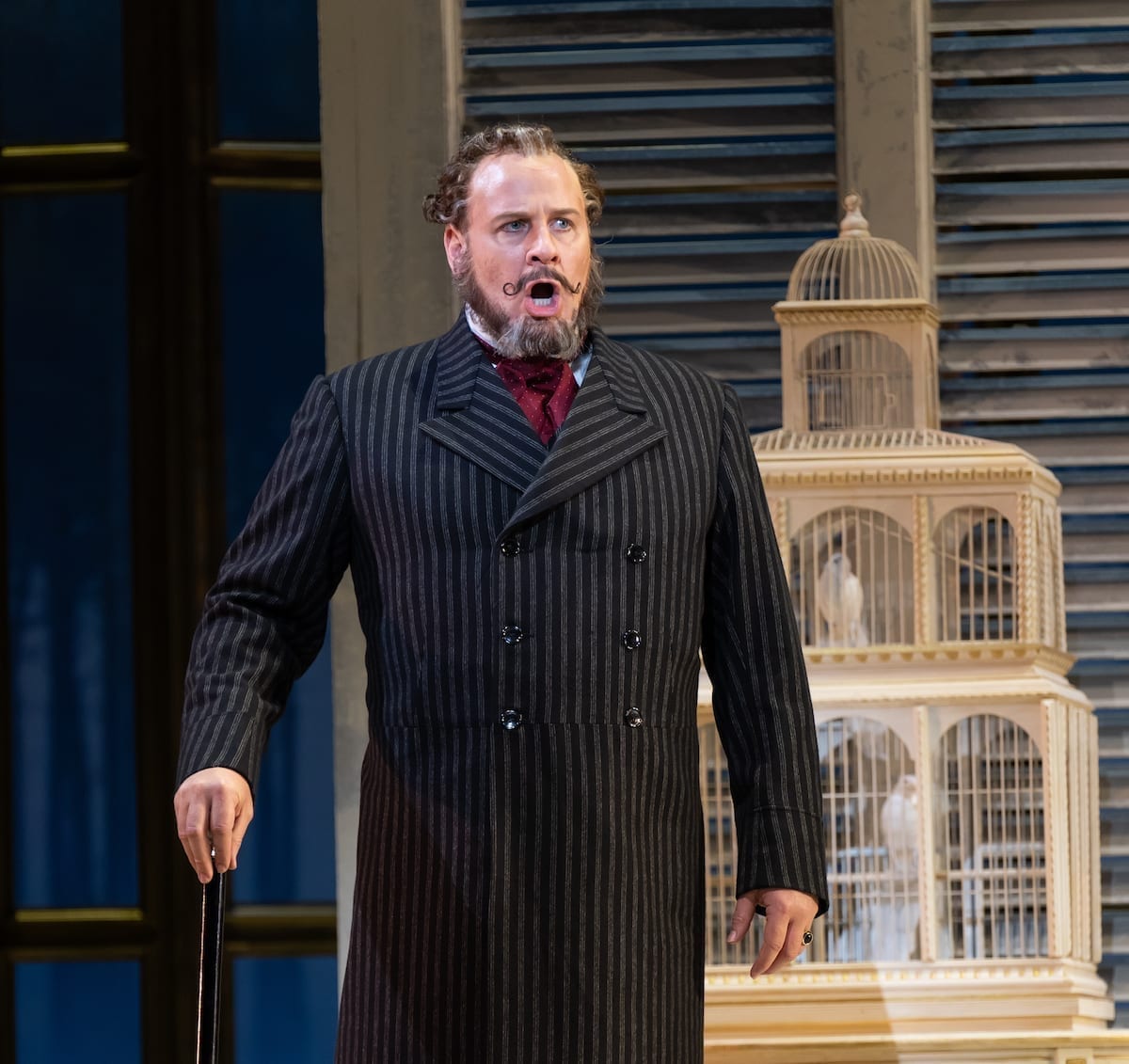 For one of the most anticipated moments in his career, Lucas Meachem stepped into Verdi repertoire with his first role, Germont from La traviata. With his vocal development finally ready for the robustness of this legendary role, Lucas brought his first Verdi to the D.C. area along with his house debut at Washington National Opera in the Kennedy Center. He sang alongside Verdi veterans Venera Gimadieva and Joshua Guerrero. Artistic Director Francesca Zambello directed an elegant production with Renato Palumbo in the pit.

Lucas Meachem, the Germont, had the most imposing instrument, a stentorian baritone.

If there is a particular standout, however, it is easily Lucas Meachem, who practically steals the show as the elder Germont. …his beautiful baritone encapsulates all that is worth revering in opera as an art form. Winning over the audience is not easy in a role where you drive a wedge between the two protagonists. When Mr. Meachem is finished with his performance, however, you would never know that he was the most reviled character in this show when intermission hit.