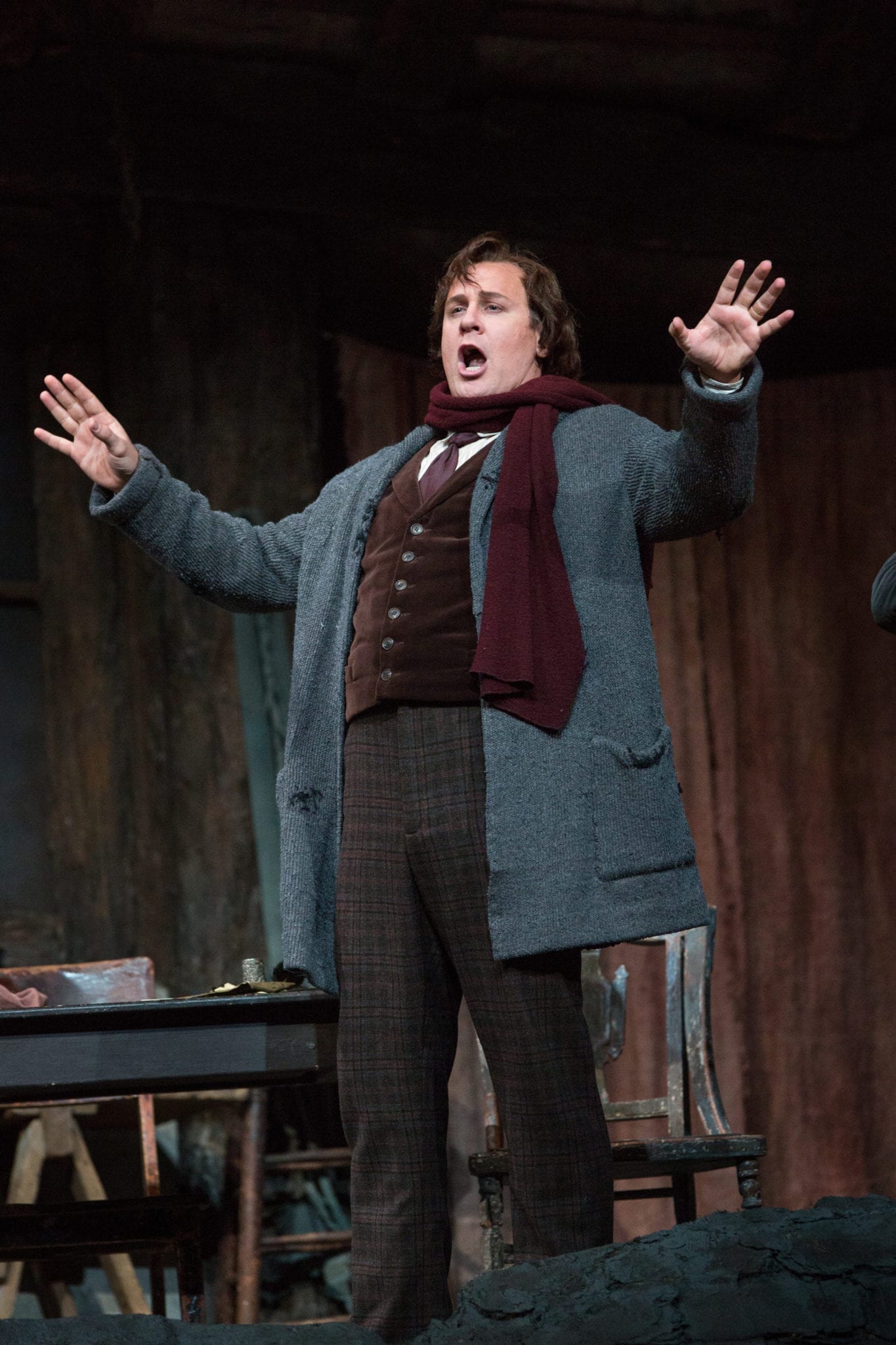 The duet sung by Rodolfo and Marcello as they lament the absence of their respective beloveds — “O Mimì, tu più non torni” — is the most beautiful in the opera…And, though the cast was altogether good, Van Horn’s Colline and Lucas Meachem’s Marcello were the two outstanding, world-beating performances.

Lucas Meachem reprised the role that brought him tremendous success a season ago when he was a virtual scene stealer. Meachem’s singing coalesced perfectly with both Pérez and, later Fabiano. Seeing him go from gentle with Mimì to more direct and forceful as he chided Rodolfo, allowed us to see Marcelo’s intimacy with both in different ways. To top it all off, his final exchange with Blue’s Musetta was quite pointed. His singing in the duet of the final Act was his best, the baritone’s legato simply a joy to take in.