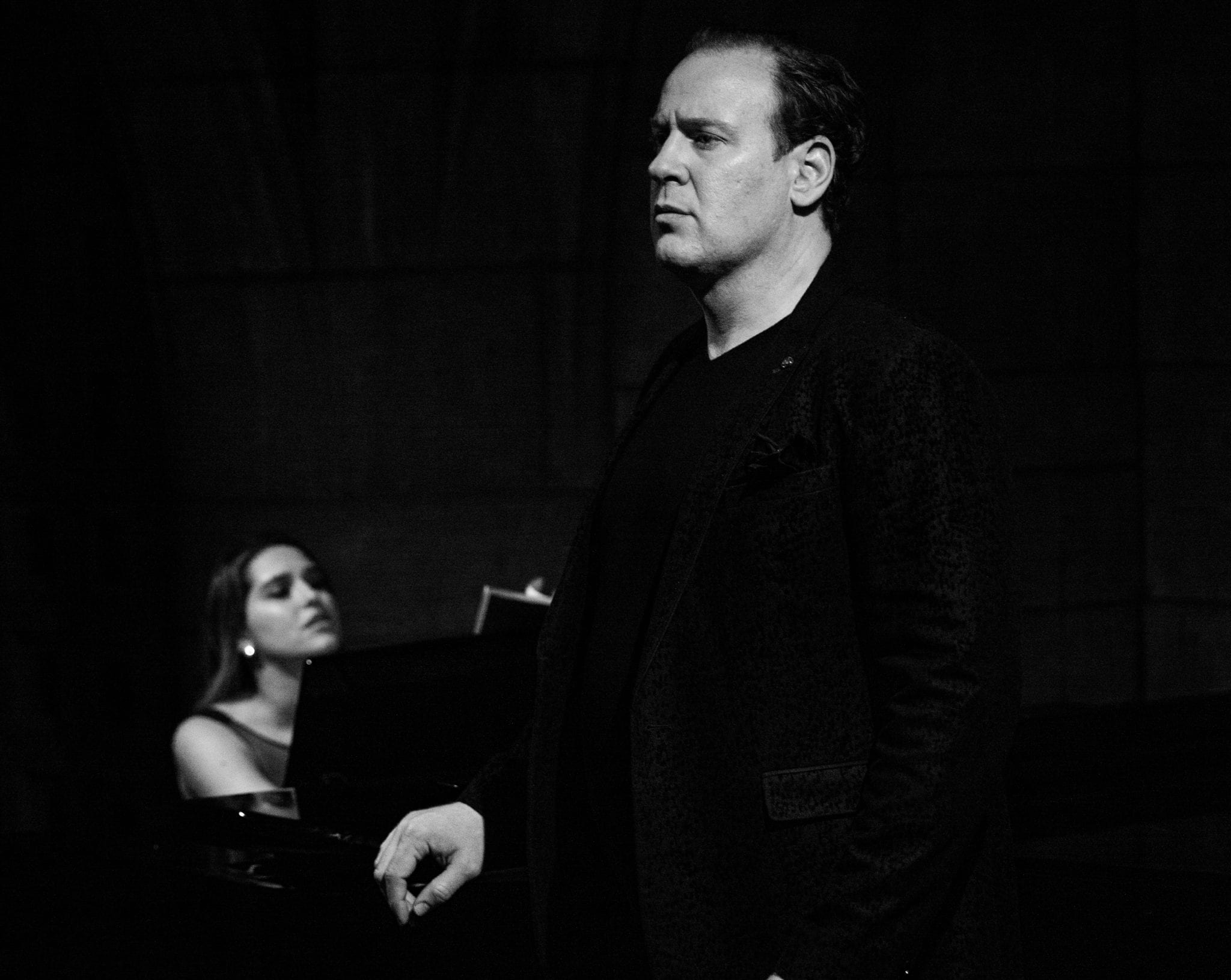 I just finished a recital tour and I thought it would be a good time to address some of the differences between recitals and my regular singing gigs—opera.

Not only are there many differences but there are lots of similarities. Especially after having done many recitals in my developing years and mostly opera in my professional ones, it’s a good thing to know the difference between the two performing art forms.

Technically speaking, you are just as aware of your breath support during a recital even if you aren’t projecting as far, but what’s really cool is that your range of dynamics can be wider in a recital. You can tap into true pianos, pianissimos, and sotto voce when interpreting art song, as opposed to opera where you are singing softest around a mezzo piano level with the occasional floating sotto voce sound.

You can create special moments with these softer dynamics in a recital, which inspires that poetic intimacy—all with good technique, of course.

So, since projection is not as much of a goal in recital, you may note that I’m not saying restrain your voice. Your technique doesn’t change, especially for your high notes.

They must be sung the same in recitals as in opera. High notes themselves require a certain amount of power to do correctly, so if you back off of them (excluding sotto voce, floating high notes), you won’t be singing with the support needed to sustain them.

Vocal warm-ups for recitals are dependent on the program, much like opera. If the start of the evening is your hardest singing, you have to be ready to go at the top of the show. Otherwise, warm-up the same as you would for a night of opera.

The difference with recitals, though, is that you decide the program. So while you’re choosing repertoire, think ahead about your vocal flow throughout the evening.

For instance, I’d suggest lower pieces first (to warm-up with), then pieces with a higher tessitura or more challenging vocal lines in the middle/beginning of the second half. End with your hardest pieces at the end of each half so you have some time to rest (that’s what intermissions are for!)

Especially if you’re singing an aria. Arias, when performed in the context of an entire opera, normally have musical breaks between them (either an exit or some easy recitative) so program them intelligently, too.

So, you see programming and warming up almost go hand in hand.

One thing with recitals, it may seem obvious, but you get to decide the rep. You can stick to a theme and sing German lieder all night or sing many different styles and languages.

When choosing pieces, I think of what I want to tell the world as an artist. What pieces represent me? What demonstrates me well? What inspires me? What’s the time requirement? There’s a lot of decisions to be made before you even start singing.

Personally, what’s hard for me is that I want to program only pieces that I absolutely love. I don’t enjoy “filler” pieces and sometimes I need to add pieces simply because they fit in the recital’s theme or a set needs more time.

What I’m still working on today is giving those pieces just as much heart as compared to the ones I love.

In opera, the goal is to project your sound, so your vowels tend to be more open, allowing for enough resonance for your sound to reach the back of the hall. In recitals, you can sing vowels much more precisely and closer to the spoken language. When I sing French on a recital, my vowels are much more closed and more French-y since I’m trying to interpret the poetic text more than trying to project.

Also with diction, you can add a spoken-nuance flavor to the language in a recital format that you can’t always do in a big opera house.

That’s what makes me happy when I sing opera in a little jewel box opera house in Europe: it seems more like a recital and I can bring out nuances in the language that might get lost in a larger theater.

In one night of opera, you sing only one character. In recitals, you sing a different character every song, so that’s an entirely new scene every few minutes.

What helps me with this is creating backstories. Due to the brevity of songs, I get more in-depth with a character if I write my own elaborate scene within them. For instance, when I sing, “At the River” by Aaron Copland, I imagine that I’m a preacher whose entire family died in a car crash and this is my first time giving a sermon to my congregation since their death. He’s deciding whether to give up on his faith but by the end of the song, he chooses faith.

The audience doesn’t get that specific story but they understand that something deep is going on. They feel that you mean the words and that you’re fully into the piece. It’s an important differentiation to make: just singing the words vs. meaning the words in a special way.

Usually, a director or the plot of an entire opera pulls the meaning out of you, but with a recital, it’s up to you and these back stories help.

Since a recital is performed alongside a pianist and not an orchestra, this changes a lot of things. Every piece is a duet between singer and pianist. There is no outshining the other; it’s all a deep and incredibly thorough collaboration.

So in many ways, you both act as the conductor by talking together about your music-making and interpretative choices. “What do you think of this phrase?”, “shall we do a subito piano together at this point?”, “did that seem a little fast to you” are all example questions you should be asking each other.

All of a singer’s dynamics are contingent upon the pianist. We can’t do the dynamics we’d like if they’re not agreed upon with the pianist beforehand. There needs to be a balance between the two instruments and solid teamwork (aka listening to each other) makes that happen.

That’s why it takes a lot of trust and confidence between you and the pianist and your singing largely depends on this working well.

I’m super lucky to be married to mine but before Irina, I tried to build a rapport with each of my pianists and went into every recital with a mutually-respectful, professional bond. If not, the recital has the potential to fall musically flat.

Recital acting is much more subtle than opera. In opera, you make physical gestures that people at the back of the house are able to see. In recitals, because of the intimate setting, making large gestures would just be overkill. It’s about the subtleties of the art form and restraining your acting by understanding that less is more.

Physically recitals are more subtle but the emotion is all there in your voice. Your gestures shouldn’t ever get in the way of your singing, so refining those movements will be a great help to your overall presentation.

If you’re singing arias, then go ahead and act away!

Vocally, I feel less tired at the end of a recital. I can back off of certain songs and not give as much. In opera that’s not always the case—I’m almost always singing out. Some art songs even seem more like a vocal massage than full-fledged singing.

To me, recitals are a precursor or a stepping stone into opera. It gets you back to good singing basics. It’s like medicine for your voice.

If you learn how to sing German lieder with beautiful phrasing and control, it can be applied one day to Tannhäuser, Die tote Stadt, or Ariadne auf Naxos. If you sing some wicked Duparc, you can apply it to Faust or Pearl Fishers.

A lot of my recital experience happened while I was in school. Recitals were like “cheat sheets” to learning style, languages, and performing. The goal with any recital is to appropriately learn music in different styles and languages with correct diction to show you can sing a variety of music. It’s all a showcase of your abilities while learning how to put on a show.

0 thoughts on “Recital Singing vs Opera Singing: What’s the Difference?”