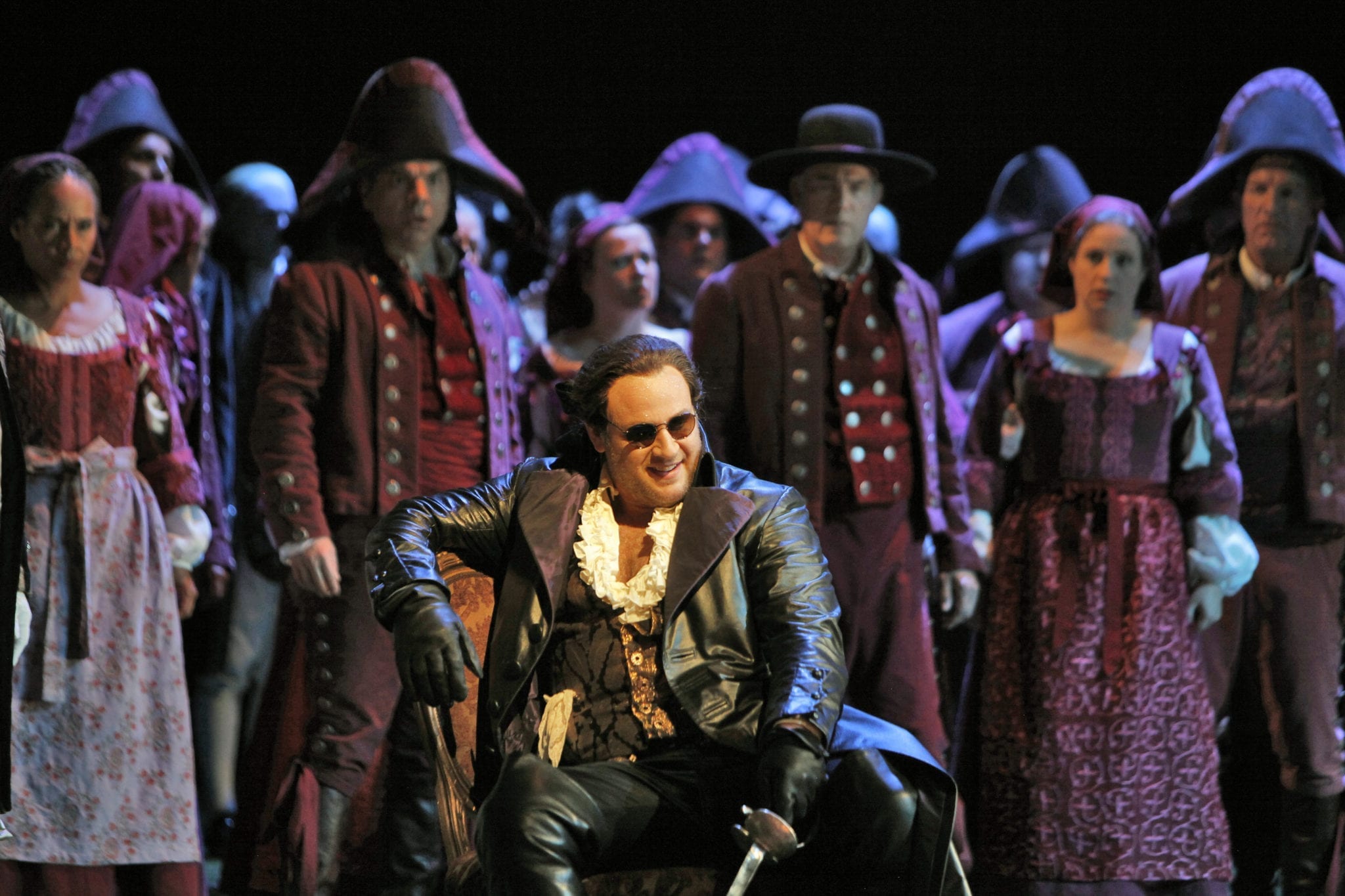 Covering is a big part of an operatic career. Most of us learn on the job but there’s a lot to gain from sharing with others.

Currently, I’m covering a number of Iolanta performances at The Metropolitan Opera and I’m singing one. I haven’t covered in about 5 years, but when I was beginning my career and studying as a student and young artist, it was a big part of my training.

So from all those years of covering plus my experience with this current gig, I realize there’s a lot to impart on this subject. The ins and outs of this job aren’t “covered” enough (har har) in day-to-day discussions, so let’s dig in!

A company has hired a singer to perform a role and a cover is hired for the same role in the case that person gets sick, breaks a bone, or for whatever reason, he/she can’t perform. A cover is an insurance policy for an opera company—their last line of defense.

This is good for both the company and the cover because it’s very hard for a company to find a replacement in such a short amount of time, especially if it’s the night of.

For the person covering, it can be a career maker. Luciano Pavarotti, Susan Graham, Bryan Hymel, Renée Fleming, and many other singers had their big break by covering and stepping in for their ailing colleague. I’m not saying that these singers wouldn’t have had the career they have today, but it was certainly a shot in the arm for them. It propelled their career forward hugely.

Most young artists cover during their time at a company and it’s a great way to learn lots of roles while observing amazing artists. Same if you’re in college: it’s a safe way to learn the lay of the land before you dive in head first.

Covering is also useful if you’re in a place where you’re not getting enough performing opportunities. Ask the company you are working for if you can be an unofficial or second cover so you can attend rehearsals and learn a new role. They won’t be able to pay you, but it is an opportunity and an extra line on your resume.

By covering, you get to study the role while immersed in a creative environment and observe other artists.

One negative in covering is that it can result in what’s known as the “golden handcuffs” of opera. A few large opera companies pay a pretty decent amount for their covers but it can stunt your career if you’re not being exposed to audiences for a significant amount of time. Sure, the cash is flowing in but you may not get as many opportunities to actually do what you love. Also, they could start seeing you as only a cover instead of a first cast performer.

When you get an official offer for a cover—unless it’s something obviously suited for your voice—listen and sing through it once. Decide if it’s right for you because you have every right to say no if it’s not a good fit for you.

Remember: you may very well go on stage and sing this role, so you should be able to sing it. If you’re a young artist and it’s not a good fit, have a discussion with someone on the music staff.

Once you accept a cover contract, ask for a cut list as soon as it’s available, and then start learning.

By the first rehearsal, I’m ready to sing that role off-book in front of an audience if need be. The preparation is all on me and it’s my job to show up fully prepared.

Vocally, too. I take it to a voice teacher and my vocal coach. I sing through it at least twice from beginning to end. Again, no different than an actual role. Preparation must be at 100%.

If you’re a young artist at a company, oftentimes someone on the music staff will help you prepare the role. They’ll rehearse through sections and ensembles, help you vocally, and establish tempi and share traditions of that style with you. The same goes for school, too: the faculty will help you along the way since you’re there to learn about the profession.

The first day of rehearsals is normally a music run-through and possibly a stage rehearsal of the first few scenes.

Personally, I like to say “I’m covering the role of Robert” instead of, “I’m covering you.” I don’t know why but this wording differentiation seems like we’re in this together instead of I’m here for you. It’s a togetherness.

If you’re a fan of anyone, say so! If you’ve never met them, say you’re really happy to meet them and to work with them. Starting off on the right foot will set the tone for the entire rehearsal process.

When In Staging Rehearsal

It’s sometimes tricky when you’re in the staging process because you’re observing a lot but doing very little. Your time with the director is very limited so if you get a cover staging, it’s best for you to show up prepared.

I’m a kinesthetic learner. I write a few things in my score but I need to repeat the physicality of the staging in order to solidify it in my body. After rehearsals, I stick around and walk through the recently staged scenes since it’s fresh in my mind.

That’s much better than “walking” the role behind the designated rehearsal set, which happens but is not the norm. For me when I’m singing a role and notice the cover acting out my part, it’s a distraction. I’d talk about this with the director and the singer beforehand but I strongly suggest waiting until the rehearsal is over, and then walking through the scene.

Dancing sequences that require a bit more footwork could be an exception to this. Quietly and discreetly go through the dance steps in the rehearsal room. If the director gives you permission to walk the staging behind the person you’re covering, you can also do that.

Staging rehearsals are potentially good opportunities for covers because the contracted singer might be sick that day and the company will ask you to step in. If this happens, sing out. It’s your chance to be heard by the company and show them what you can do. Another reason why preparation is super important: you never know when it’s gonna be time to shine.

Go easy on yourself though because it can be hard to get your singing and staging right the first time you do it. The director will most likely know this so just do your best. The more you prepare the music ahead of time the easier this will be for you.

While observing rehearsals, follow along with the score and be present. Mouth along the words but DON’T:

Those are the things covers should NEVER DO in rehearsal!

If You Get The Call to Go On

Be happy and excited. Don’t freak out. This is why you practiced and worked so hard. Believe in yourself and believe that you’re prepared.

(If you’re not prepared, then freak out—this job may not be for you!)

I got the call at the San Francisco Opera when I was an Adler Fellow and with two hours notice, I stepped in as Eugene Onegin.

So here’s what happens. You get the call and they say “you’re going on”. Then they ask you, “what do you need?”.  I answered: “I need a dance rehearsal with Olga, I need to shoot the gun, and I need John Churchwell (vocal coach on staff) in my dressing room all night.” It’s important to list these vital things ahead of time so they can help you as much possible.

I was literally eating spaghetti and meatballs at a restaurant when I got the call, and my first reaction was, “this is gonna be awesome! This is the best news all year!”

That’s pretty much how you should feel because this will be the easiest and most stress-free experience you will ever have on stage. When you go on as a cover, you get a free pass from everybody: the director, the conductor, the general director, the reviewers, because you’re saving the company that night. You’re a hero before you step out on stage and open your mouth.

Also, if you go on at an AGMA house, you’re gonna be paid a lot more than your cover fee, so Merry Christmas!!!

Everyone will sympathize for you and root for you, so enjoy the moment.

See You On The Cover Side

Prepare, be on time, and don’t ever make waves. You’re meant to be there to help the process and represent the production, so never make it about yourself. You’re there to make their lives easier instead of harder. Every opera singer covers at some point, so do it the best you possibly can.

0 thoughts on “How to Cover a Role Like a Pro”