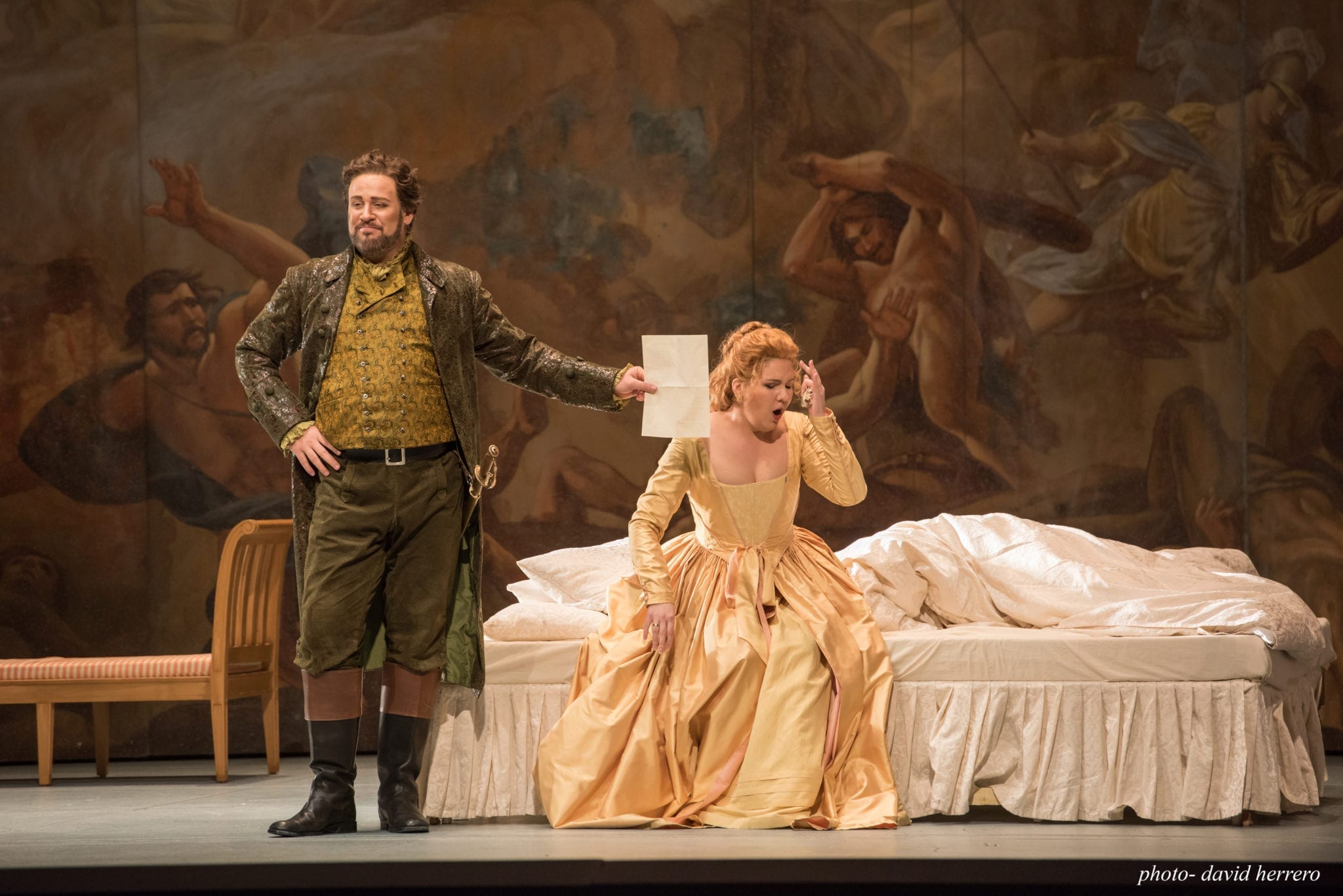 There is a shortness to my breath. A bead of sweat drips down my forehead. My throat closes up. A pain appears in my chest. It’s tax season.

Nothing stresses me out in this world more than doing my taxes. I would trade singing the most difficult baritone aria on opera’s biggest stage any day! The tedious hours of adding numbers, searching through bank statements, talking with my accountant… it all adds up to a lot of stress.

Is there an easier way for a sensitive, artistic soul such as mine to confront the scary world of taxes? Not really. But here’s some advice, from someone who has filed taxes as a freelance artist, to help get you through the muck of tax season.

Disclaimer: I am NOT a professional tax adviser – if you need a tax consultation, I’m not your guy. Please consult a professional/specialist. I’m simply someone who has done this many times and wants to ease the burden and stress for my fellow comrades.

What Do I Do First?

When I finished the Adler Fellowship in San Francisco, I changed my mailing address to my dad’s house in Los Angeles and I travelled the world singing 10 months out of the year. I was making some serious coin for my 27-year-old self, and all of a sudden I had to pay state tax in California for just getting my mail there. I was paying for roads I didn’t drive on, schools I didn’t send my (nonexistent) children to, recycling I wasn’t using, etc. This is normally something I am happy to pay, but for a young artist such as myself, I was losing some of my hard-earned dough.

After this realization, I moved out and rented an apartment with my buddy in Florida. Luckily, I didn’t have to pay state income tax anymore. Alaska, Florida, Nevada, South Dakota, Texas, Washington, and Wyoming are all states with no income tax.

My advice to those of you who are working consistently and are floating around or living out of your parents’ house: move to one of those states. Get a cheap apartment. That’s what I had in Florida. Plus I got a view of the beach and ate oysters and key lime pie during my time off. Most likely, the rent you’ll pay will be cheaper!

Above all, DO NOT LIE to the government about your residency. Don’t lie to them about ANYTHING. You sign official government papers, and you are liable for those claims. Make sure you have solid proof of your residency (e.g., a lease).

After you claim residency, you need to track down all of your 1099s for that tax year. Each company that you work at should send you a 1099. These will add up and arrive at your residence, so make sure you have a way to retrieve those documents if you aren’t there for many months out of the year.

A 1099 is a document for a self-employed taxpayer that you get from the company you worked at during that tax year. It has the total amount made from that company and any taxes that may or may not have been withheld.

The most important indicator on that form is the state income tax because if you don’t live in that state, you’re not required to pay it! If the company took out state taxes from your payments, you can often get some, or all, of that back. You only pay federal income tax and state tax in the state where you have your primary residence. That means, you either don’t have to pay it at all, or you pay a smaller amount than would a resident of that state.

Just so you know, if you made less than $600, that employer is not required to give you a 1099. It is up to you to keep track of any income that’s below $600, and still report that as income earned when you’re filing.

The Tax Man Will Get You

I didn’t know anything about taxes when I was in college. To be honest, I didn’t even know I had to file them because I thought I was exempt as a student.

There were a few competitions that I won which I didn’t file as income earned, and that came back to bite me in the ass down the road. I ended up having to pay three times the original amount I owed with penalties and fees. Plus, I had to hire a specialized professional tax accountant to help me out, and that was expensive, too.

They will hunt you down and they will find you (like Liam Neesen!).

Do an extension if you have to. It’s eons better than not paying at all. But don’t be like college-Lucas – pay what you owe! There are benefits to paying quarterly as well, which brings me to…

When you pay quarterly, you send the government an estimated amount of money based on the total amount of money you made the year before. For instance, if you paid the government $20,000 in taxes last year (based on last year’s earnings), cut them a check for $5,000 every quarter. It will reduce your end-of-year taxes, penalties, and fees, and best of all… your stress!

Sometimes I can’t pay by those exact dates, but I try my best and I record how much I paid for those quarterly taxes. It’s a good way to go because it will make filing easier at the end of the year.

I buy everything I possibly can with a rewards credit card. Specifically the AmEx Platinum Card or the AmEx Delta Reserve card. Every dollar I spend, I get one reward mile and half of a Medallion Qualification mile through Delta – handy for someone like me who travels for a living! But that’s a separate post.

I go through my monthly statements for the entire year and search through every purchase I made. I barely use cash for purchases, only if I know it won’t be tax exempt, or I write a check so I can have a paper trail. I even pay my commissions with a credit card, mostly for the points.

Stay on top of your monthly payments and please don’t go bankrupt. It’s a lot of responsibility, but the main thing is: don’t get any late fees. If you’re reading this article, you at least care about your finances, so you should be good.

I look through every expense in those statements to see what I can use as a deductible. The list of eligible deductions is vast. I won’t go into specifics because you should consult with a professional about this.

An interesting tidbit that you may not know is that there is a government-allotted daily per diem for food when you’re at a gig. It differs between states, so check the amounts online, but this may be an easier way for you to make deductions instead of having to prove each one.

Do the math: add up all of your restaurant costs, divide it by the days that you worked, and if that total is less than the government-allotted per diem for that specific state, then use the allotted total. This could be a nifty option for some, so check with a professional to see if it’s right for you.

Should I Hire An Accountant?

If you work outside of the U.S., absolutely.

If you don’t, it might be hairy, but you could totally do it yourself. The benefit of a tax accountant is that they will stay on your case and keep you up to date with the latest tax laws. They’ll also answer important questions, such as whether or not you should incorporate.

It’s a decision you must make for yourself. Shoutout to Susie Globokar!

What About International Taxes?

I don’t know as much about this because it seemed overwhelming when I first started out and I just never learned the ways.

What I do know is this: foreign countries always take their taxes out of your paycheck.

It’s normally between 25–33%. That money can be deducted dollar for dollar from your total tax bill back in the US. You’re already paying U.S. taxes, so you shouldn’t be paying taxes here and in another country as well. This often gets overlooked because there is so much paperwork, so don’t forget! And make sure you leave an international gig with the total amount of money you’ve been paid, or that they have a mailing address to send you the rest.

Congès Spectacles: if you work in France, look it up. It could save you a lot of money. Congès Spectacles is a fund from which unemployed French citizens can draw money. If you’re foreign, the company you are working for pays into it but you can request that money back. Total pain in the ass, but worth it.

Will It Ever Get Easier?

When it comes to taxes, there’s always more to learn. If you’re a meticulous person who loves math, this should be a breeze. For those who aren’t, don’t let tax paying become an all-consuming thing.

Most importantly: start early, and stay on top of it. I would hate for anyone (artists in particular) to have to pay more in taxes than they should, for simply overlooking a few minor things.

Hopefully these few tidbits will ease your stress – and mine! – and help you achieve your tax-paying dreams.