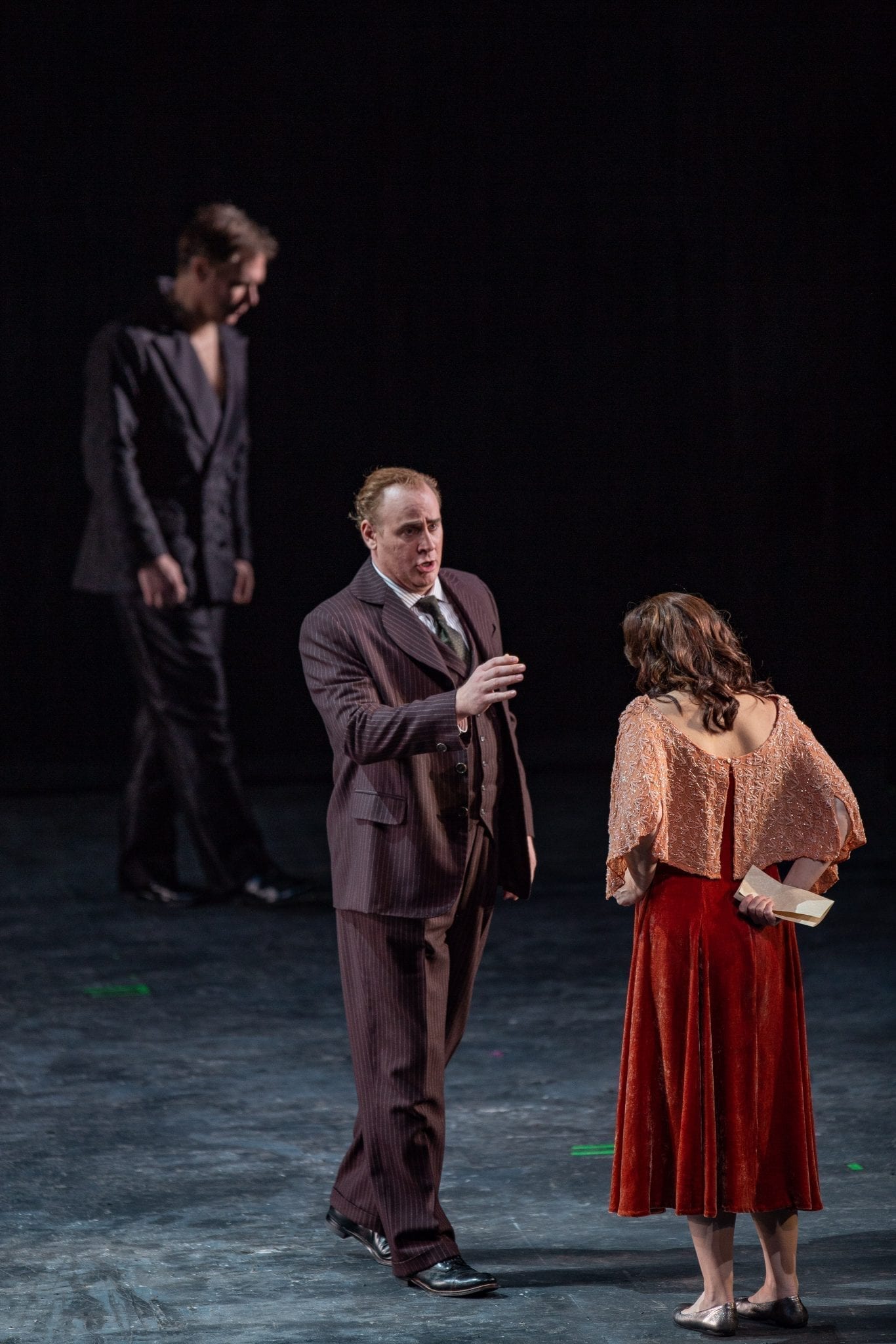 For his second role with Lyric Opera of Chicago this season (Don Giovanni, fall), Lucas Meachem sang Prince Yeletsky in Richard Jones’ production of Queen of Spades. Sondra Radvanovsky and Brandon Jovanovich rounded out the cast of Tchaikovsky’s romantic thriller.

“Baritone Lucas Meachem hardly could have brought more warmth of tone or feeling to this music.”

“The always-dependable Meachem was back after his triumph last fall in the title role of ‘Don Giovanni.'”

“Doing a 180 from his Don Giovanni last November Lucas Meachem portrayed Prince Yeletsky, Lisa’s buttoned-down fiancee. In a production where singing often seemed like the least important element, Meachem delivered the finest vocal moment of the night with his ardent, beautifully expressive rendering of Yeletsky’s Act II aria to Lisa (I love you beyond all measure).”

“As Lisa’s spurned fiancé, Lucas Meachem delivers some of the best singing of the evening in his gorgeous aria and draws his characterization with deftness and generosity.”