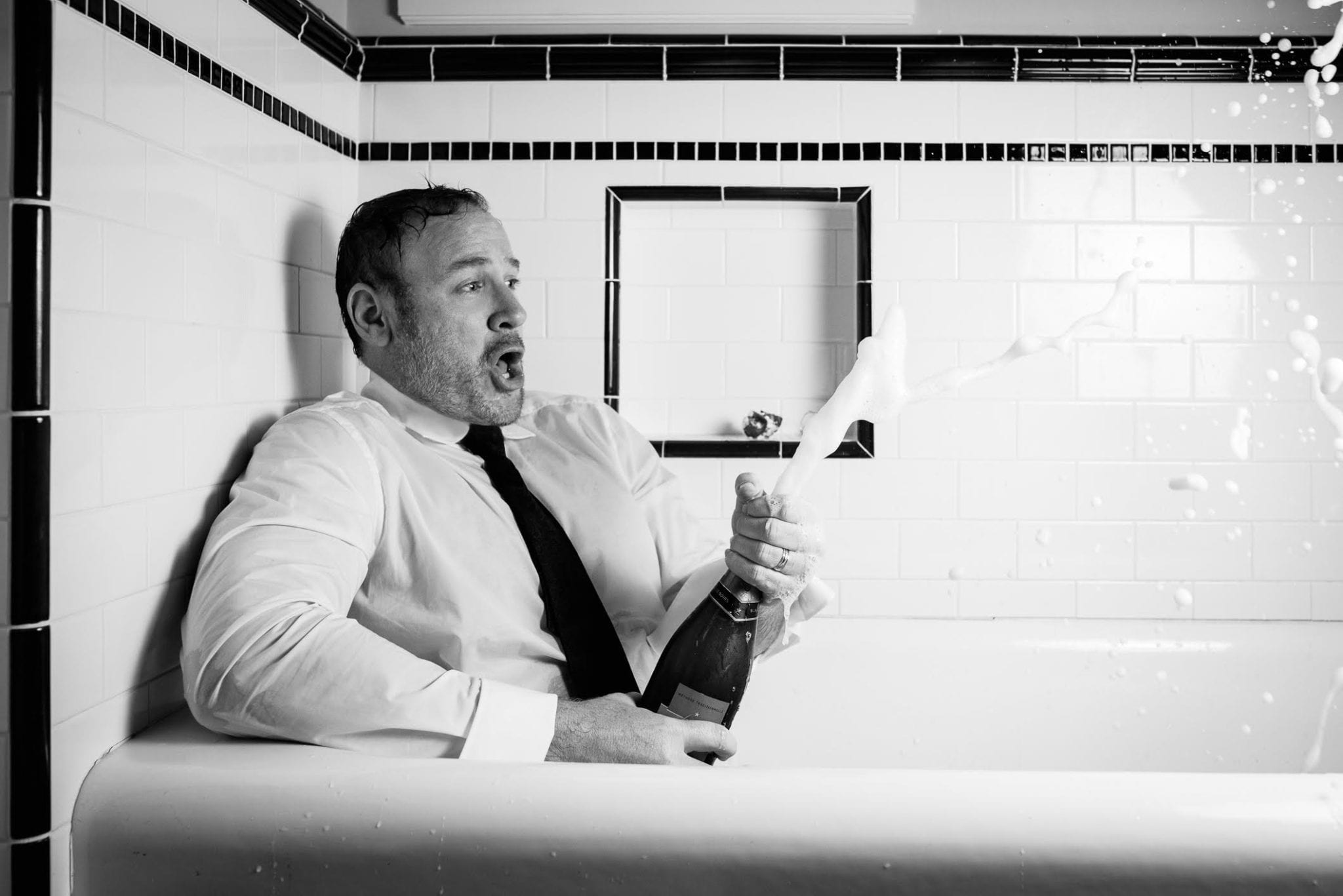 I’d like to begin a segment of my blog with my most ridiculous stories as an opera singer. I love story-telling and I’m so happy to share these with you. I hope they give you a peek behind the scenes!

For my first story, not much can top the time I competed at karaoke, and took home the grand prize from a contest which included dousing myself with honey. How did this happen?

Let’s start at the very beginning…

Early in my career, I was invited to sing for the Chicago Lyric young artist program. Even though the baritone position was already filled, they still wanted to hear me anyways. They offered to pay for my flight and hotel, so I thought, “heck, yea, I’ll take a free trip to Chicago!”

My cousins lived in Chicago and one of their best friends lived downtown. I was friends with him too through the family, so I called him up because I needed a free pick up from the airport. I told him that if he could find a place that has a karaoke competition going on the night I get in, I would sing, win the karaoke competition, and give him the prize money for gas and dinner as a thank you.

As you might have guessed, he did find a place with a karaoke competition the night I flew in. I landed, he picked me up from the airport, and we went straight to this bar with my bags in hand. We arrived around 8:30pm, but there were only about 20 people in the bar. This was odd, because a radio show was broadcasting live from the competition, and they were making it seem like a huge party was going down. After we were seated, the radio announcers said, “Stay tuned because next up is the money roll where you roll for cash!” My kind of party!

The announcers went on to say that they were giving away cash and a Gary Fisher mountain bike (worth $450). To win, contestants had to dress in scrubs, plastic booties, and hairnet, cover themselves in honey, and roll around on 500 fake bills for 30 seconds. The contestant with the most amount of fake cash stuck to their bodies would win however much money was struck to themselves – plus the Gary Fisher mountain bike. I thought this sounded like a pretty sweet deal! (Pun intended…)

I had to do this money roll. I stole 25 of the sign-up slots, filled out all of them with my name and stuffed the jar with them. The first person was drawn and this girl floundered around on the laid-out tarp and collected a few bills. The second contestant was a small guy who also did some floundering. The third name was… me! I was ready.

From observing the other contestants, I had noticed that most of the bills stuck to the tarp instead of their scrubs. So, as the announcers dressed me up with the scrubs, the hat, the booties, and the gloves, they started pouring honey over my head and body. I begin rubbing it all over my body to spread it out. The countdown began, and I started thinking… how do I get this money to stick on my body? 5…4…3…2…1!

I start by slowly lying down at the extreme edge of the mat and stretching my 6-foot, 4-inch frame as long as I can with my hands over my head. The announcers yell, “Come on, man! You only have 30 seconds!” And I thought, “I know what I’m doing.” I made two slow, long rolls across the tarp and notice again that many of the bills are sticking to the tarp, not me. So then I get on my hands and knees and start picking up the money and sticking it to my body. Not against the rules, the announcers yelled out, “he’s got a technique and everything!” I finished strong and the assistants began to count how many bills I had stuck to me. Then, the final contestant competed–a small girl, and she actually copied my technique of sticking the bills to my scrubs. I was a little nervous and the radio show cut to a musical break for 10 minutes for the assistants to count up the total bills. When the show returned, they announced, “And our winner of the money roll is… Lucas!”

The final amount of bills I stuck to my body was $330. I ended up winning a $330 check and the Gary Fisher mountain bike! The thing is, I landed just a few hours before this. Definitely the best trip ever… and we hadn’t even started the karaoke contest.

At that point, I bought drinks for everyone and my buddy couldn’t believe what was happening. He got his free meal and we weren’t even done yet.

“I tell you what, I’ll make a bet with you. If I don’t win this karaoke contest, I will pay not only the tab, I will tip you the amount of the tab on top of it. But if I win the karaoke contest, you comp our meal and we don’t leave a dime.”

He said, “No, really? We betting?” I reiterated, “First place. Not second, but first place in the contest.” He’s like, “Hold on,” and he goes to talk with his manager. They look me up and down, and they’re like, “heck yea, this guy will never win.”

(Little do they know, right?)

The karaoke contest starts. The first contestants were ok. My turn comes up somewhat late but there weren’t too many people there, so I was a little nervous. I get up on stage with my drink and I see my waiter and the manager standing there with their arms crossed jeering, “Yea, this guy is full of it. There’s no way he’s gonna win.” When the music starts to my song, R. Kelly’s “I Believe I Can Fly”, I’m cool as a cucumber. The music drops and I sing my first line, “I used to think that I could not go on” and I hear my waiter yell across the restaurant, “AW, HELL NAH!!!” I see him pissed and storm out of the serving area. I bring the house down, everyone is high-fiving me. Unsurprisingly, I won. I left with $100 cash from the karaoke contest, a $330 check from the money/honey roll, a Gary Fisher mountain bike, and our two free meals and drinks.

It was a good night, but the best part…? Riding my new mountain bike to the audition the next morning!