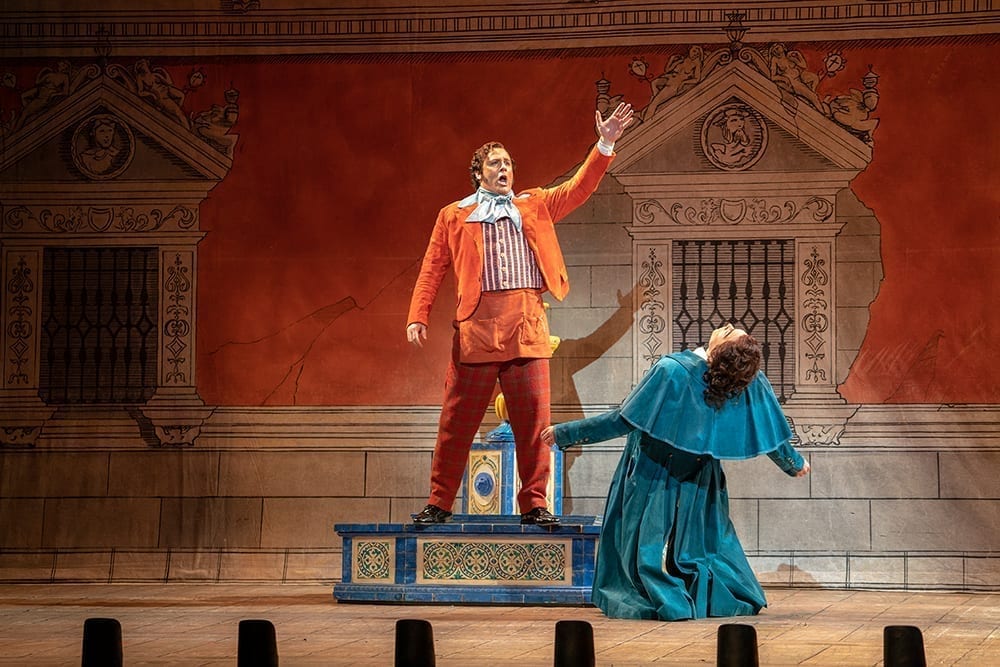 There’s a saying in the opera world that baritones are lazy tenors.

If they simply approach their high notes differently by working their technique in a more efficient way, modify their vowels, perhaps sing more “in the mask” or some other miraculous cure-all mantra, they could be tenors. All they need is the right teacher and a lot of hard work, and poof! Tenor!

This is just not true.

Sure, this may apply to a small group of baritones out there who are indeed tenors but I’m going to speak for the majority of this voice type for this particular blog post. Let’s get into it.

“If Only He Worked Harder”

From what I understand, the notion of being a “lazy tenor” is that if a baritone would only put in more time, effort, thought, the right teacher, the right anything, he could be a tenor. (For my thoughts on figuring out if you’re a tenor or a baritone, read my previous blog post here.)

My concern with this statement is that it somehow implies that a higher fach is the ultimate and loftiest goal of all. As though, being “just a baritone” is not enough.

The idea of calling a singer or even an entire vocal category “lazy” implies that someone is not fulfilling their vocal potential and denying themselves their true fach simply because of lack of effort.

Let me speak on behalf of myself and many talented baritones out there, we work damn hard.

It’s not an easy task to sing this repertoire. Baritone singing has just as many challenges as the next fach. Perhaps some people assume that lower voice types are somehow inferior because the extremities of their voices are not as high? Let me explain why that’s just not the case.

What qualifies any voice type is one’s timbre and range (including passaggio). A vocal type is not something you can just switch by spending more hours in the practice room.

High notes for a baritone lie around F sharp, G, and A flat with A being the highest. There’s nothing written above that because baritones don’t need to sing higher nor can they. For the same reason why most tenors or sopranos can’t sing even higher than they already do, baritones just can’t sing the same notes as the next fach up.

Imagine if this same logic was applied to tenors and sopranos: “Wow, what an amazing High C but why not a D? All you have to do is work harder.”

“Higher is better” is not what fachs are about.

In order to push the envelope for baritone repertoire, we tend to do more and more extreme things such as adding high notes. I’m guilty of that myself.

Here are some baritone roles with high notes (obviously not the only ones in the repertoire):

Regarding one of the notoriously high baritone arias out there, “Largo al factotum” from Barber of Seville, the high A’s that I add have been done before by other baritones. They’re not written. I also sing an optional high A at the end of Don Giovanni. These examples are not requirements, simply options for baritones.

Personally, I do this to demonstrate my vocal abilities (hello, bel canto), interpret the music and character as I see fit, and to stand out from other baritones of today as well as the past.

So, maybe certain baritones have earned the label of “lazy tenor” because they’re always pushing the envelope of what the baritone fach can do.

Usually, a tenor’s timbre is brighter than a baritone’s, so when someone hears a baritone (especially a young baritone) with a light timbre, they could potentially mistake them for a “lazy tenor”.

Yet, there are a few prominent tenors with a darker timbre who are not mistaken for baritones, such as Jonas Kaufmann and Vladimir Galouzine. There have been a few others in the past but it is very rare to find a dark timbre with a tenor range.

The occasional heldentenor began as a baritone, but that’s not the norm. They’re the “white whales” of opera singers, so we shouldn’t use them as an example.

Let’s also look at some lyric baritones who have had amazing careers with a comparatively brighter tone or high notes to burn: Thomas Allen, Simon Keenlyside, Richard Stillwell, Thomas Hampson, Dietrich Fischer-Dieskau etc. Let me assure you, these are NO TENORS.

High notes are impressive. It’s when someone sings at the extremity of their range—an exciting experience. The problem is that some baritones’ extremities touch the tenor range and we may begin to think, “tenor!” But don’t!

Perhaps a baritone could potentially sing a tenor role but switching fachs is not like switching a light on and off. An operatic career is a meticulously planned thing, and a move like that is a substantial and tricky thing to navigate.

This isn’t to say that all baritones are only baritones. The switch may work for some baritones. I can say from personal experience that I only know of one colleague who started out as a baritone and switched to tenor that currently has a career. So, the odds are relatively low.

Personally, I’m indifferent when I hear people call me a “lazy tenor”. My ego is not hurt. I just look back at my years of singing baritone roles and the relationships I’ve made with companies as a lyric baritone and that’s all I need. I’m not about to question my entire life’s work with such comments.

My main concern is that there may be other young baritones or lower voice types out there who begin to feel inadequate with such statements.

It happened a lot more to my face from a few of my superiors as I was developing and finding my fach. At times, I believed it and dabbled with the rep, then later I realized I was wasting my time. Nowadays, it only comes up on social media with the occasional comment.

So, if it gives people some consolation, I still get these labels thrown at me to this day.

The baritone voice is beautiful, honeyed, luxurious, velvety. I think of it as the cello of operatic voices: lyrical in quality with so much depth. Let’s enjoy the fach for what it is instead of comparing it to others.

13 thoughts on “Baritones are Not Lazy Tenors. Here’s Why.”