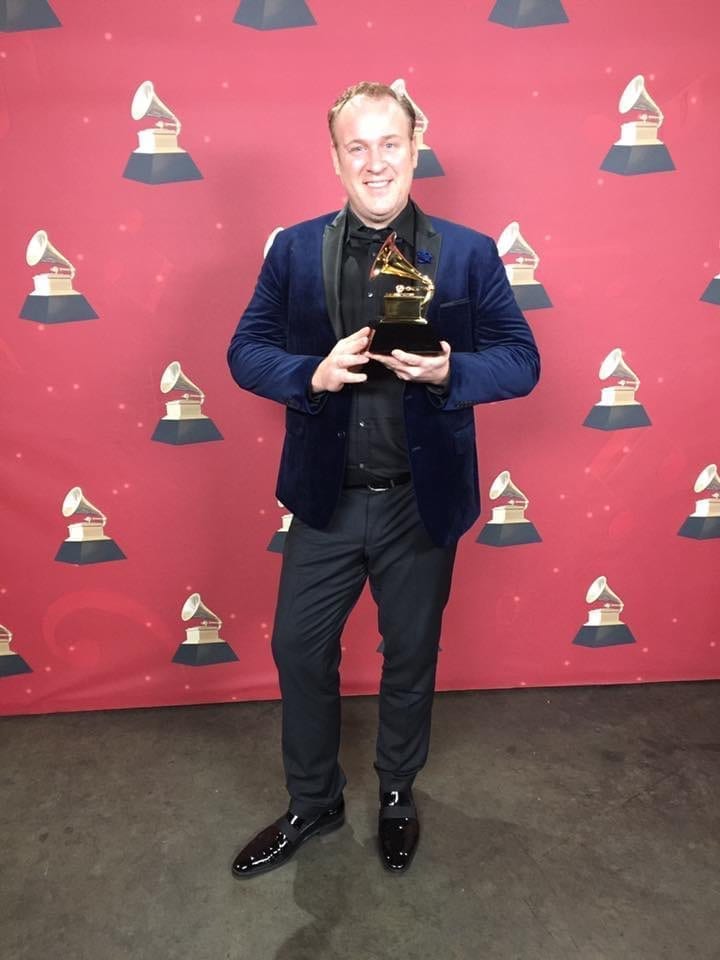 A few weeks ago, I had the immense honor – and pride – to attend the Grammys and win a Grammy award. It is by far one of the highlights of my career and life.

While at the award ceremony, it was surprising to me to not see any other opera singers at the awards. It made think: why is there less regard toward these types of award ceremonies from the classical music scene? Aren’t the Grammys the most prestigious award in music?

I sincerely don’t know the answer but at the time I intensely began to explore this thought.

I looked at the opera calendar of the other operatic nominees–a lot of whom are my close friends. All of them were busy rehearsing or performing and were unable to attend the ceremony. Why do so many of these schedules conflict with such an important musical event as the Grammys?

The thought then crossed my mind, it was what my acceptance speech was all about: The Grind.

Opera singers and opera companies can’t take a night off from the grind. Sure, Beyoncé and Adele schedule their concerts and tours around the Grammys because their performance either directly competes with the massive Grammys audience or they may be up for an award themselves. Opera performers can’t say no to a paycheck for a mere possibility of winning an award. On top of this, opera companies struggle to run their business with multiple productions happening simultaneously and a tight schedule to stick to.

The disparity between classical music and the rest of the ‘music world’ came to light for me at the Grammys. I saw a divide between the two for this reason, but not as much as between the glamorous live telecast and the less “sexy” premiere ceremony. The Grammys holds 83 categories within the field of music yet only 8 or so were televised. It makes sense why the premiere ceremony isn’t televised but I was pleased that my family, friends, and fans could tune into the online broadcast instead.

Also, I personally would have loved to have seen a classical music performance at the premiere ceremony. Joyce DiDonato sang there a few years ago and was a hit. I strongly feel that every year at the Grammys, classical music should be represented on that stage. The performances this year were extremely compelling, without a doubt; classical music is equally compelling when given the audience and opportunity.

On the surface, I see subdivisions within music but I largely feel connected to other musicians. This is especially true at a time when many artists don’t feel supported by the outside with countless cuts to arts programs. But we keep pushing forward for the cause. My heart goes out to all those fighting the good fight—there is great importance in the performing arts and in pursuing your dreams.

I didn’t know how much the words of my now infamous “the grind” speech resonated with my experience until after the excitement of the event died down. We musicians work relentlessly for a career that may seem so impossible and nonsensical to continue pursuing. The magic of achieving one’s dreams in music is monumental because it rarely happens and last Sunday night, I was one of the lucky few. Here’s to The Grind!